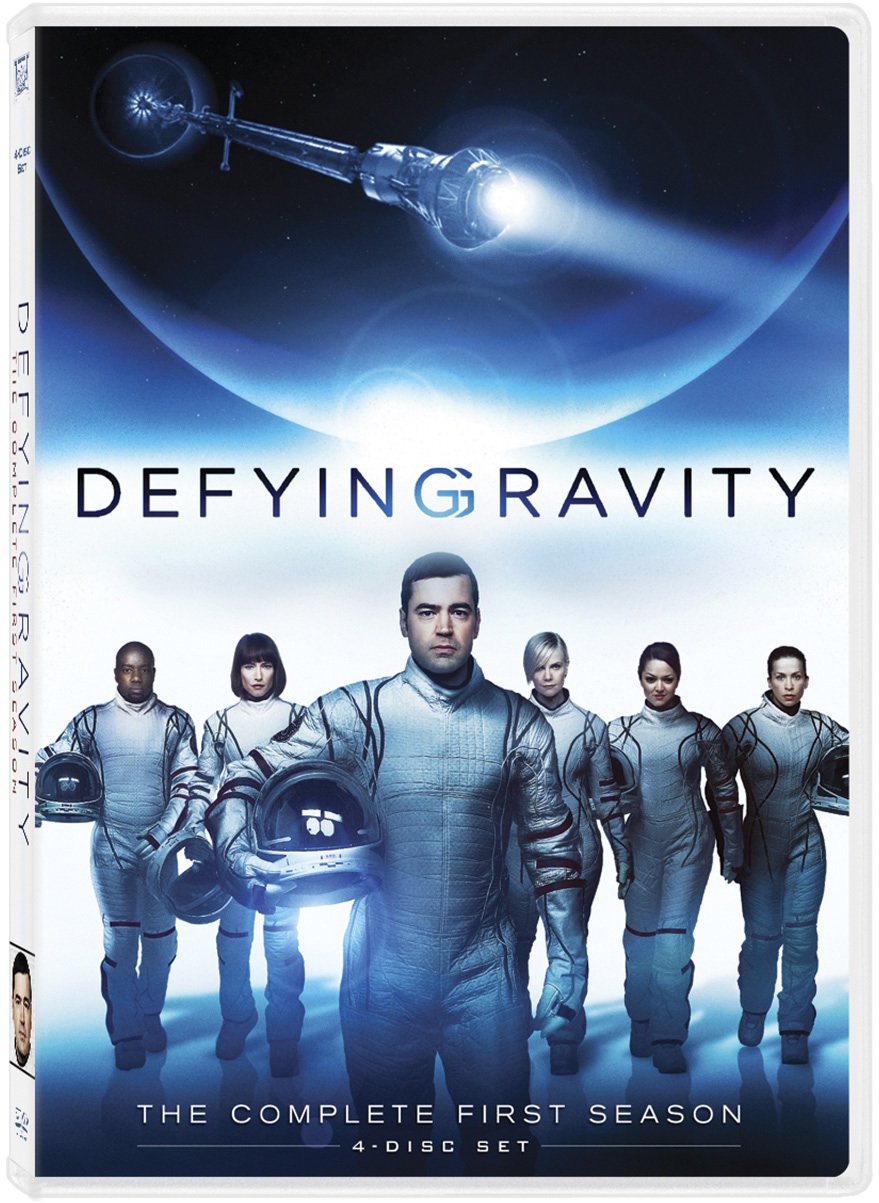 A prime time summer series launched during the dog days of August is never a good show of faith on the part of the network. Last August, ABC presented Defying Gravity

A noble effort, it failed to garner much interest and even fewer ratings. The series was said to be inspired by the BBC series [[[Space Odyssey: Voyage to the Planets]]], and became an international effort co-produced by the BBC, Fox Television Studios, and Omni Film Productions in association with Canadian broadcasters CTV Television Network, SPACE, and German broadcaster ProSieben.

This misfire is now available as a complete season set on Fox Home Entertainment and you can decide for yourself what went wrong. The premise begins in 2052 with the launch of a six year mission throughout the solar system, making the first visits to several planets. Along the way, the eight-person crew is told the real secret behind the mission, then you add in the “[[[Grey’s Anatomy]]] in space” aspect and you have a sprawling tale that truly lacked a compelling focus.

We’re introduced to the eight astronauts, an appealing cast led by Ron Livingston and Laura Harris plus the team at ground control and then other recurring figures including the dogged and totally dispensable reporter. Being a global production, the cast is international in background, which introduces us to new and unfamiliar performers in addition to showing us that reaching the stars will be one way to unite our cultures.

In attempting to make the characters more complex and available for the soap opera elements, many of them come across as people NASA would never accept as astronaut candidates. There was a reason the original seven were chosen, not only did they have the right stuff to handle a spacecraft, but they were dedicated career men who put mission and country first, making them a little less colorful and a lot more trustworthy.

Series creator James Parriott covered this flaw, though, by introducing an extraterrestrial, almost mystical, element that eventually reveals to us that they were chosen to be on this mission. And right there is the series’ greatest problem.

In addition to all the soap opera elements for the crew on the ship and at ground control, there’s the extraterrestrial plot plus a nosy reporter plot. The producers also decided to give us the character’s backstories through intercutting flashbacks in each episode so we’re being asked to juggle multiple plot lines in differing timeframes. As a result, it was all a bit of a jumble and most certainly not as dramatically strong as they had hoped.

It’s a shame American audiences were deprived seeing the ship land and
see the first human step foot on Venus. The series actually started to
find its footing with the latter episodes as the exploration became
more of a focal point. The final five unaired episodes are far stronger
than the early ones. The series’ cancellation also means no single plot
line is resolved and anyone who falls in love with the [[[Defying Gravity]]]
will be disappointed. Ideally, the extras should have included
something about the resolution since clearly the production team knew
what was planned for subsequent seasons.

Instead, the extras include an all-too-brief behind-the-scenes piece
designed to tease the show, not really explore it. Better are the
lengthy deleted scenes which deepen most of the characters to one
degree or another. A still gallery rounds out the extras and shows some
nifty production design.

All in all, a nice idea that would have benefitted from a stronger core
story front and center before dizzying us with sub-plots. Additionally,
a stronger marketing campaign and launch date would have enhanced the
series’ chances. This is far from the worst SF show ever conceived but
one of the more disappointing.