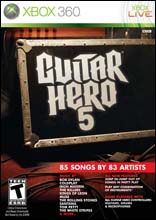 To those who know me, my love for the [[[Guitar Hero]]] series is no secret.  Music rhythm games have come a long way since the series began on Playstation 2 five years ago.  And while this may be the fifth numerical title in as many years, the series has actually spawned 12 titles (with the 13th, [[[Guitar Hero: Van Halen]]] out this December), and because of this, has faltered in quality over the past few iterations.

aims to change all that, with new modes, new features, and the richest and most diverse track list the series has seen yet.  Is this a bold new jump in the franchises direction, or is it too little too late?

What seems the set this title apart from previous entries in the series is its acclimation to a group aesthetic.  Players have the option to play solo or with a full band, or through the new “Party Play” mode, with a band made up of all the same instrument.  Have four guitars?  Why not have four guitarists?  Two mics?  Two lead singers.  Hell, even four drummers can all kick out the jams on the same track at the same time.  This gives the players more freedom with what instruments they want to play, yet still allows everyone who wants to play, to play together.  Plus, “Party Play” is drop in/drop out…all you have to do is turn on your instrument of choice, hit a button and you’re in.  Don’t want to play anymore?  Just sit the instrument down, and eventually your note highway will disappear, leaving the rest of the players on screen without you.  Simple, and great for gatherings. 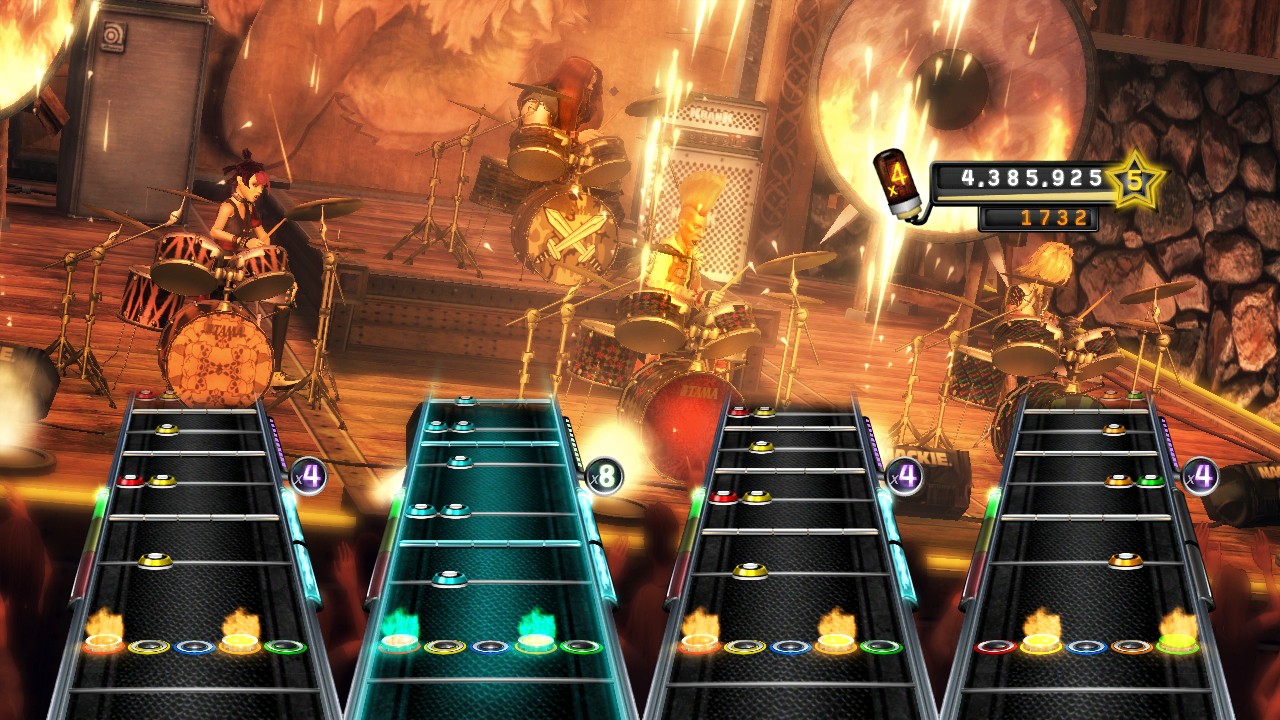 But if the main career mode is more your style, there’s plenty new here too.  Each song has an instruent specific challenge associated with it.  Beating this challenge gives you more stars per song, which unlock more songs, venues, characters, outfits and more.  The challenges could be to use the whammy bar for a specified period of time over the entire song, or hitting all the phrases in a vocal string perfectly.  This breaks up the style of the gameply beyond just playing the song (and playing it well), and has gamers revisting songs to beat the challenges, giving a good amount of replay just beyond “hey, I like that tune”.

As for the tunes, there’s a huge variety here.  Old and new songs, from Johnny Cash to Vampire Weekend, Nirvana to Kings of Leon.  Plus, famous performers are unlockable in the game as well.  While this is nothing new for the series, what is of note is that deceased rockers Johnny Cash and Kurt Cobain of Nirvana are playable…in any role.  It is a bit disturbing to see Kurt singing “Bring the Noise” by Public Enemy, but that’s neither here nor there.

Rounding out the features of the game include the standard online play types (including variations on the face-off and band face-off modes) as well as a new and improved version of GHTunes, where gamers can be musicians and write their own songs for play in the game.  The interface is more streamlined here than in the previous game, and using the guitar (or regular controller, or drum controller) to play ALL instruments is a breeze…unfortunately, it all still sounds like midi, and there’s still no option to upload your own vocals with your tracks (though, yes, Iunderstand the copyright legality as to why…it’s still just a bummer).

Overall, GH5 is definitely the best the series has been yet.  Gone are the “battles” of the previous series.  Just good rocking, a wide variety of songs (there’s at least one track that everyone can either agree on or recognize) and a great party feel should make this a standard for any gathering.

Ian Bonds is a comedian and video game retailer from Baltimore, MD.  His song, “Guitar Hero” was ranked the #11 funniest song on the Funny 25 Countdown of 2008 on the nationally syndicated Dr. Demento Radio Show, and he owns all 13 Guitar Hero games.  Yes, even Van Halen.