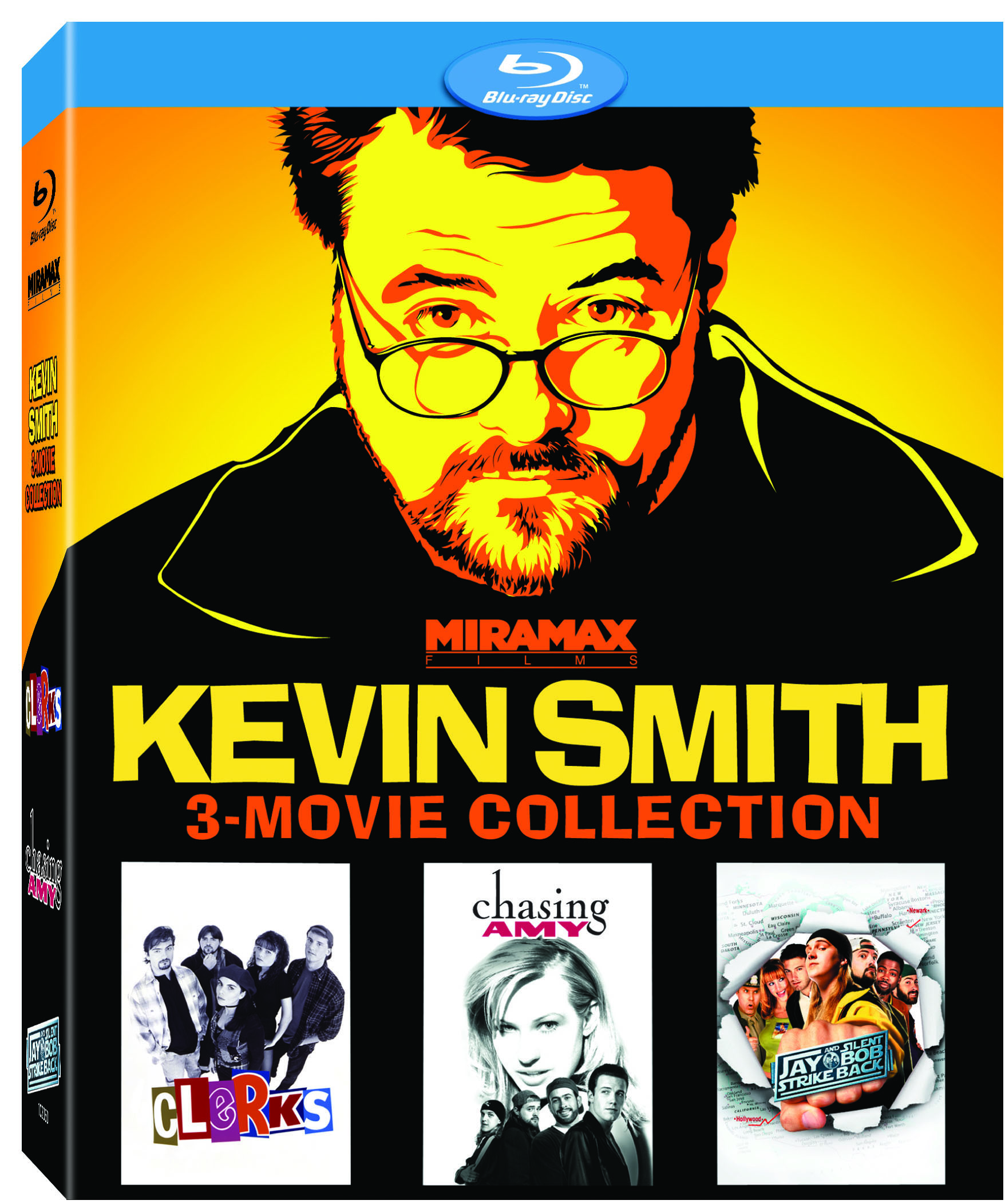 You have to admire Kevin Smith. Growing up in New Jersey, he found himself a circle of likeminded friends who took his scripts and performed them in a sort of comedy revue that wowed audiences in Red Bank. Inspired, he went on to Vancouver and film school where he met his producing muse, Scott Mosier. Back home, they scraped together $27,500, recruited Smith’s friends and shot the semi-autobiographical [[[Clerks]]]. The black and white film, mostly a series of vignettes tied together by the two leads, wowed audiences and became a cult hit.

From there, Smith got hired by Universal to make a second film, the $5 million [[[Mallrats]]] but Smith and the studio system clashed and the result was a critical and commercial dud. Still, Smith used many of his friends and made new ones, casting with a keen eye towards nascent (and cheap) talent. He also found a girlfriend, Joey Lauren Adams, and as we learn, a confluence of events led Smith to shoot [[[Chasing Amy]]] as his third film and second hit. Mallrats is now considered the multi-million dollar screen test.

Smith is good to his friends and apparently is a good director for actors, most of whom have stayed loyal despite going on to greater fame and fortune. He went on to direct the wonderful [[[Dogma]]] (which he wrote as his Clerks follow-up) which scared the beejeezus out of Miramax so they sold it off to Lionsgate and missed the cash. Instead, Smith gathered everyone once more for 2001’s [[[Jay and Silent Bob Strike Back]]], in some ways a farewell to the first chapter of his career.

We can watch the evolution of the director and some of his cast with the Kevin Smith 3-Movie Collection, out today from Buena Vista Home Entertainment which includes the Blu-ray debut of Clerks and Chasing Amy, plus Jay and Silent Bob Strike Back. The three movies are individually packaged inside a cardboard box. Having never seen the bookend films, it’s interesting to watch how much surer a hand Smith has by the third film. Clerks is raw and very unpolished with genuinely horrible performances from the supporting cast. The writing is all over the place and you wonder how the clerks in question, Dante and Randal, maintain a friendship given what a screw-up the latter is. Still, Smith works in some harsh truths that give the movie its heart and soul. It’s truly the first close-up look at the slacker culture that exposes their wasted potential and lack of ambition. 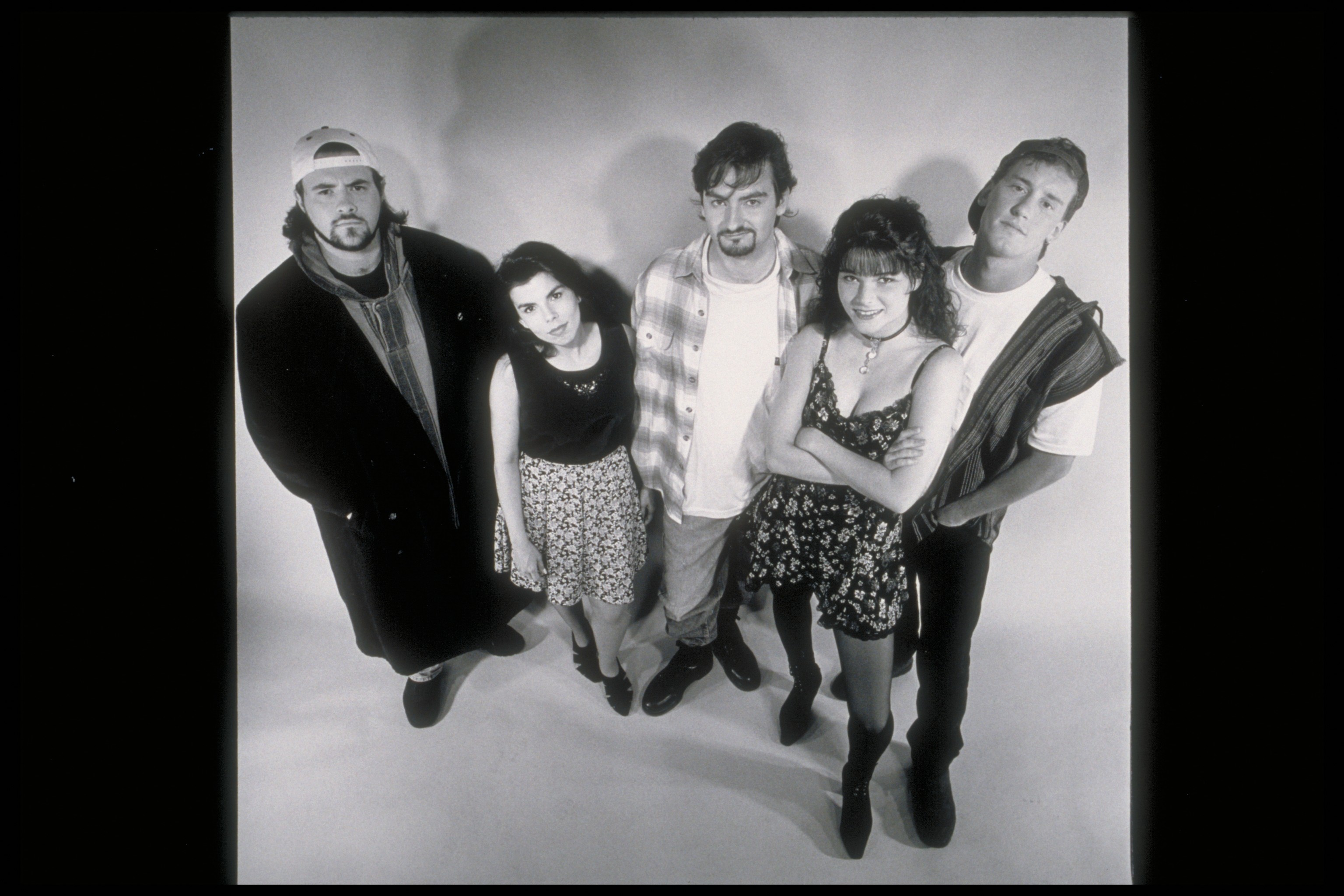 Chasing Amy, on the other hand, is a far stronger movie since it too
comes from the heart. Smith’s story is essentially about a guy falling
for a lesbian but it’s also one of the first movies to examine the
concept of bromance. Set in the world of comics, it’s near and dear to
our hearts and its accurate portrayal of the field gives it depth but
it all comes down to the strong performances from Adams, Ben Affleck
and Jason Lee.

The thread throughout remain the slackers Jay (Jason Mewes) and Silent
Bob (Smith), who appear to desire nothing more than hanging out in
front of the Quick Stop and peddling dope. Since their first
appearance, they have gone on to fame and fortune as the templates for
[[[Bluntman and Chronic]]], a comic book about to adapted into a feature
film. As a result, the internet boards are filled with vitriol directed
at the real people and the duo go on a road trip to shut down
production to stop the bitching.

Smith can be an insightful writer and clearly knows how to get nuanced
performances from his cast. There are times he can also be lazy,
letting the camera remain static or overly favoring two-shots. He also
gets incredibly self-indulgent in the final film here, much like his
comic book stories of late. While Jay and Silent Bob is genuinely
funny, and is filled with some great cameos, it also is the first film
not to have a point of view or emotional undercurrent.

The movies all look great in Blu-ray although there’s only so much
improvement you can make with Clerks and the handful of featurettes
don’t really teach you anything about the process. The commentary and
extras from the 10th anniversary disc remain here.  New is Oh, What a
Lovely Tea Party: The Making of Jay and Silent Bob Strike Back, 1:20
minute feature from his wife Jennifer Schwalbach that features bits and
pieces of material shot during the making of the feature. It’s lengthy
and really doesn’t shed any light on Clerks but at least they’re
offering you something different.

Chasing Amy comes with a new commentary track from Smith and Mosier
along with the returning deleted scenes and outtakes. The treasure here
is the 1:21 multi-part documentary on the making of the film with most
of the cast and key crew reminiscing on how they made this underrated
movie. Watch this and you won’t need to see the Was it Something I
Said?, an 18 minute intimate chat between former lovers Smith and
Adams. Better is  the 27-minute 10 Years Later Q&A, which was shot
during an anniversary screening with Smith, Mosier, Mewes, Adams,
Affleck, and Lee among those chatting with the audience.

The final disc, sadly, comes with an audio commentary and nothing else.
All the goodies from the previous DVD release are missing and the
studio should be ashamed for not putting these on the Blu-ray release,
robbing the fans of having all the goodies in one place.