Review: ‘Red Dwarf: Back to Earth’ on DVD 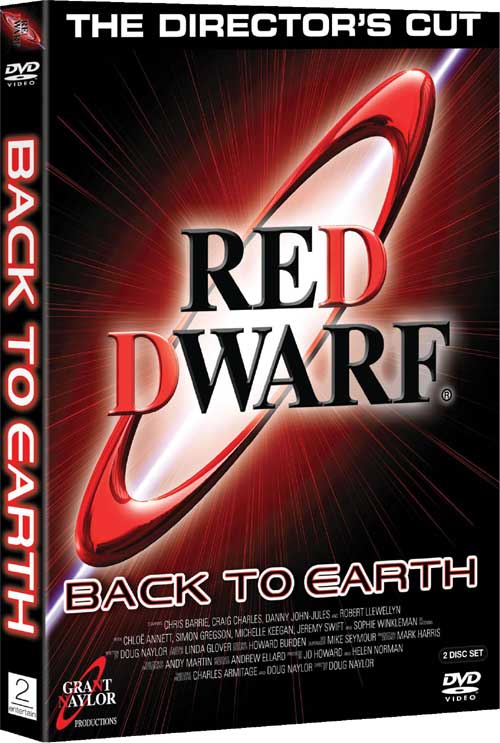 When traveling in SF circles, inevitably you find pockets of people who adore certain books or films or TV series who cannot conceive of how you consider your life complete without having read or watched “Fill in the Blank”. One of the shows that are on the list I’ve heard over the years has been [[[Red Dwarf]]]. The BBC series was said to be a beloved comedy that skewered science fiction tropes and was a delight to watch. So, when BBC Worldwide offered to send me [[[Red Dwarf: Back to Earth]]] for review, I kindly accepted (which is my way of saying, this was a complimentary copy for those keeping track in Washington).

I knew very little about the show and figured I would watch it with an open mind, eager to see what the fuss was all about. The two-disc set, on sale this week, offers the series as three episodes, as it aired this spring in England, or a director’s cut that spares you sitting through the credits more than once, although a few lines referring to the show as being in three parts have been deleted.

Written and directed by series co-creator Doug Naylor, the story opens nine years after we last saw the crew of the Red Dwarf and we learn that things are not going well. They’re running low on water and the water tank is currently housing a threatening squid-like creature. Before you know it, Katerina Bartikovsky (Sophie Winkleman), reappears on the ship and uses the mining equipment to slice a hole between dimensions with the hopes that they can find a human female who will help repopulate the human race (which apparently went extinct millions of years earlier). Instead, they find themselves transported to Earth circa spring 2009 AD and learn that they are all fictional characters slated to die when the three-part series concludes transmission. From there, they seek the series’ creator and the show shifts tone and feel, parodying [[[Blade Runner]]].

Unfortunately, for those of us just tuning in for the first time, very little backstory and context is provided. I have no idea that the truly annoying Cat (Danny John-Jules) is an evolved version of the cat David Lister (Craig Charles) smuggled aboard the ship three million years earlier.  I have no idea why the Red Dwarf seems to be plying an unpopulated universe and why they are so incredibly incompetent.

The humor was too broad for my tastes, I guess, because I never laughed or smirked. I found the self-referential bits in the 21st Century self-indulgent and wasting a great opportunity to tell a good reunion story. The Blade Runner elements felt shoe-horned in because, apparently, the series would periodically parody other films. I was actually bored and fidgety watching this, leading me to conclude the reunion show was aimed squarely at its fan base and was not at all interested in attracting new viewers.

Disc two contains a nice variety of features such as Smeg Ups (lengthy bloopers) which gives you a glimpse of how much green screen work was done to recreate the look of the ship. You get featurettes on the show’s SFX, see the cast sign pictures and chat (boring), the electronic press kit, four behind-the-scenes pieces, trailers, photo galleries and the obligatory Making of [[[Back to Earth]]]. While somewhat engaging, this disc is also more for the fans of the series who can’t get enough Red Dwarf.

Since the miniseries never aired in the United States, this is your chance to see it for yourself and if you loved the series, I guess you’ll like this.