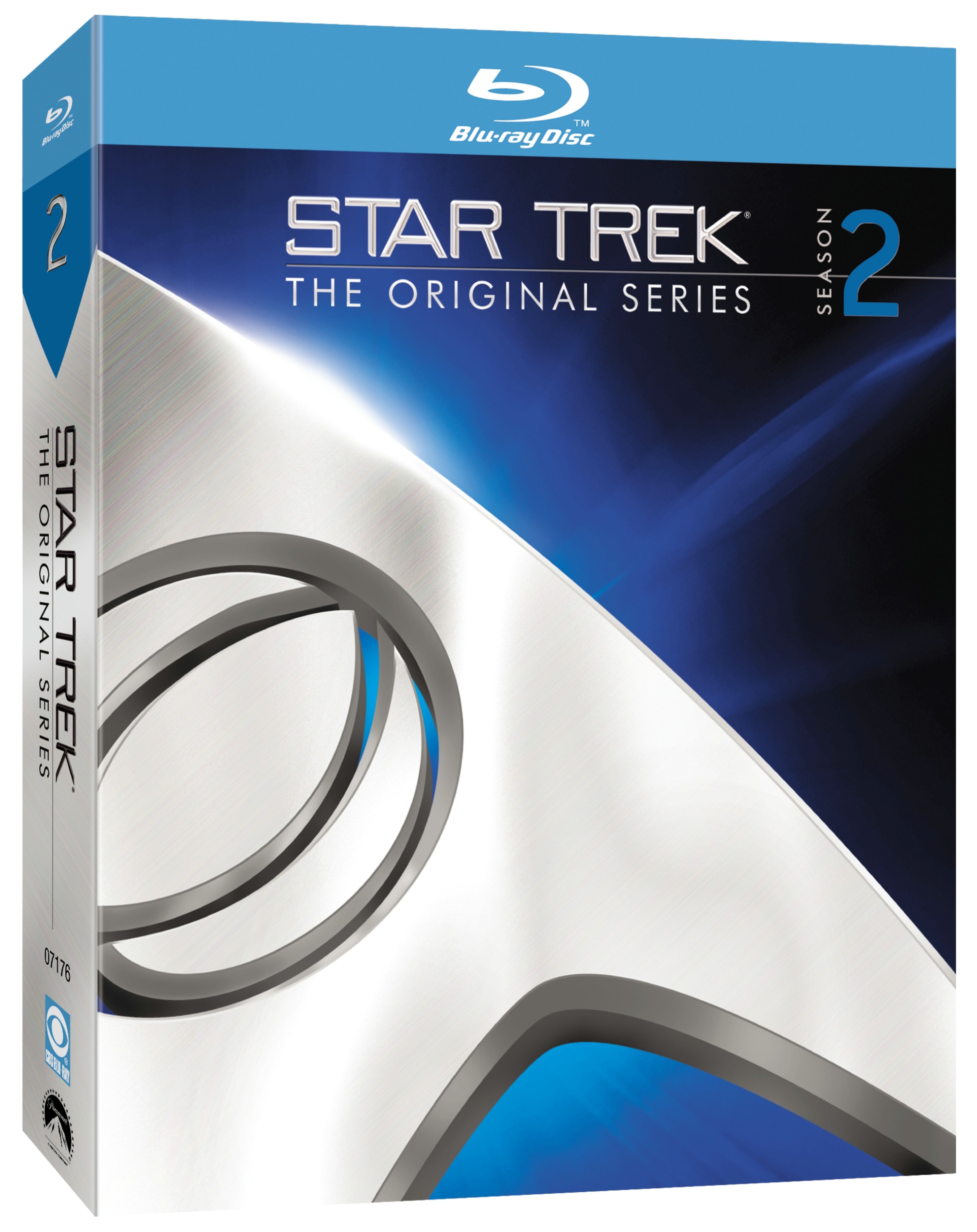 After a rocky first season that ended with the letter writing campaign to save [[[Star Trek]]] from cancellation, the second season opened in a horrible Friday night time slot but was a stronger series. Creator Gene Roddenberry continued to oversee everything as an Executive Producer but John Meredith Lucas took over as the line producer, aided by Roddenberry’s former secretary, D.C. Fontana becoming the script consultant. These changes made for a strong start as witnessed on [[[Star Trek: The Original Series Season 2]]], now out on Blu-ray from Paramount Home Video.

Things had started to gel for the series as the characters became more sharply defined and the writers began to tailor the by-play accordingly. The backstory grew stronger so it was clear what the United Federation of Planets was all about and that the starship Enterprise was truly exploring space and fought only when necessary.

The season opened with “Amok Time”, written by SF great Theodore Sturgeon and explored Vulcan and Spock’s place among his people. It’s a great opening but also one that acknowledged the rising popularity of the character and Leonard Nimoy, placing him ahead of star William Shatner.

Roddenberry and Lucas began exploring more of Spock’s backstory, starting with “Amok Time” but later in “Journey to Babel” which memorably introduced his parents. Fortunately, attention was paid to others, as well. Bowing to criticism from Pravda, the Russian navigator Pavel Chekov joined the crew, ending the rotating supernumerary opposite Helmsman Sulu. With George Takei’s work on [[[The Green Berets]] prolonged, Chekov got plenty of screen time, much to Takei’s regret and Walter Koenig’s delight. 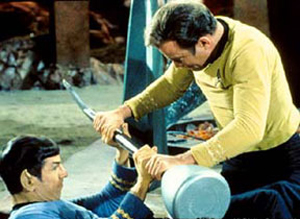 Now that they were familiar with the premise and the characters, the regular writers went to town offering up a variety of stories – still ripped from the headlines, but also introducing new challenges and concepts. Still, for me, the memorable episodes included strong guest performances from Mark Lenard (“Babel”), William Windom (“The Doomsday Machine”) and William Marshall (“The Ultimate Computer”).

The show also knew not to take itself entirely too serious, as witnessed by the landmark “The Trouble with Tribbles” which introduced the world to the writing of David Gerrold. There was also the fun ”I, Mudd” with the delightful Roger C. Carmel back as the lovable rogue.

By the second half of the season, though, it was clear they were struggling with the production schedule and the quality of the scripts dropped markedly. Parallel Earth-like planets allowed for budget saving solutions to detriment of storytelling as seen in “Patterns of Force” and “A Piece of the Action”. The number of science fiction authors recruited to write for the series also dropped, which hurt. Even strong writers like Fontana and Gene Coon had off episodes which hurt the show. 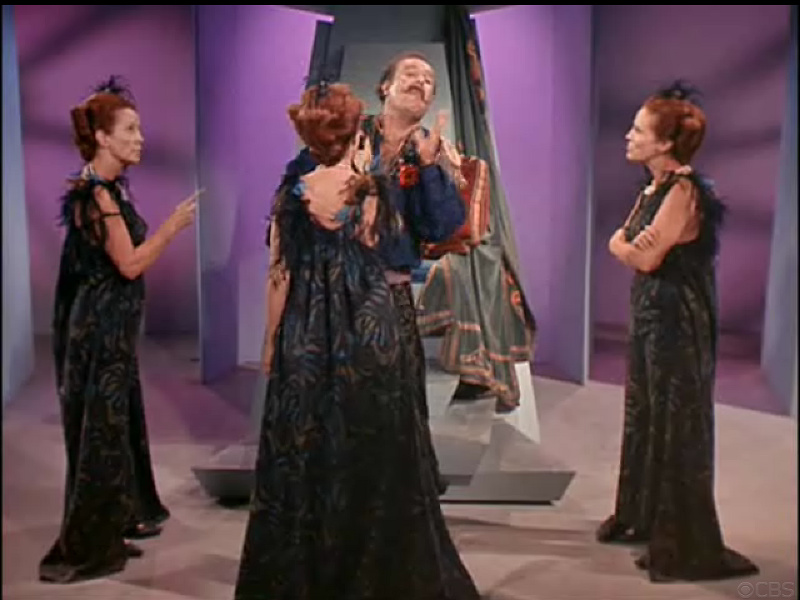 Still, it was the best science fiction on at the time and reminded us all that despite the turmoil endured during the 1960s, mankind was destined to survive and thrive. It was a strong message of optimism that needed to be heard back then.

The DVD set, like Season One, allows you to toggle between the original version and the Enhanced edition of each episode and the computer generated special effects sparkle on Blu-ray. The extras, many repeated from the standard DVD sets, are sprinkled across all the discs which is nicely done. Throughout the entire set selected episodes offer picture-in-picture Starfleet Access, providing detailed background for fans. All the discs offer BD-Live and Mobile-Blu functionality which will continue the experience. It should be noted that people using older model Blu-ray players have been very vocal about having troubles accessing these features so be warned. Starting with this set, though, you can have thee extras sent to your iPhone.

Disc Five bonuses include “To Boldly Go…”, a look back at the season with interviews which won’t reveal too much new info but is pleasant to sit through. On the sixth disc is a look at Designing the Final Frontier, which covers all three seasons. The final disc spotlights Star Trek’s’ Favorite Moments where cast, crew, and fans chime in. In the Writer’s Notebook: D.C. Fontana, the gifted storyteller notes the vital role story played in the series. Life Beyond Trek: Leonard Nimoy, Kirk, Spock, & Bones: Star Trek’s Great Trio, Star Trek’s Divine Diva: Nichelle Nichols are all fine entries but you don’t learn much you haven’t heard before.

There remain a dozen Easter Eggs to be discovered throughout the seven discs and they are extended interview clips. As a result, this is the last time you need to buy these episodes on home video. They are crisp, clean, and sharp supplemented with a nice assortment of extras. This comes highly recommended.