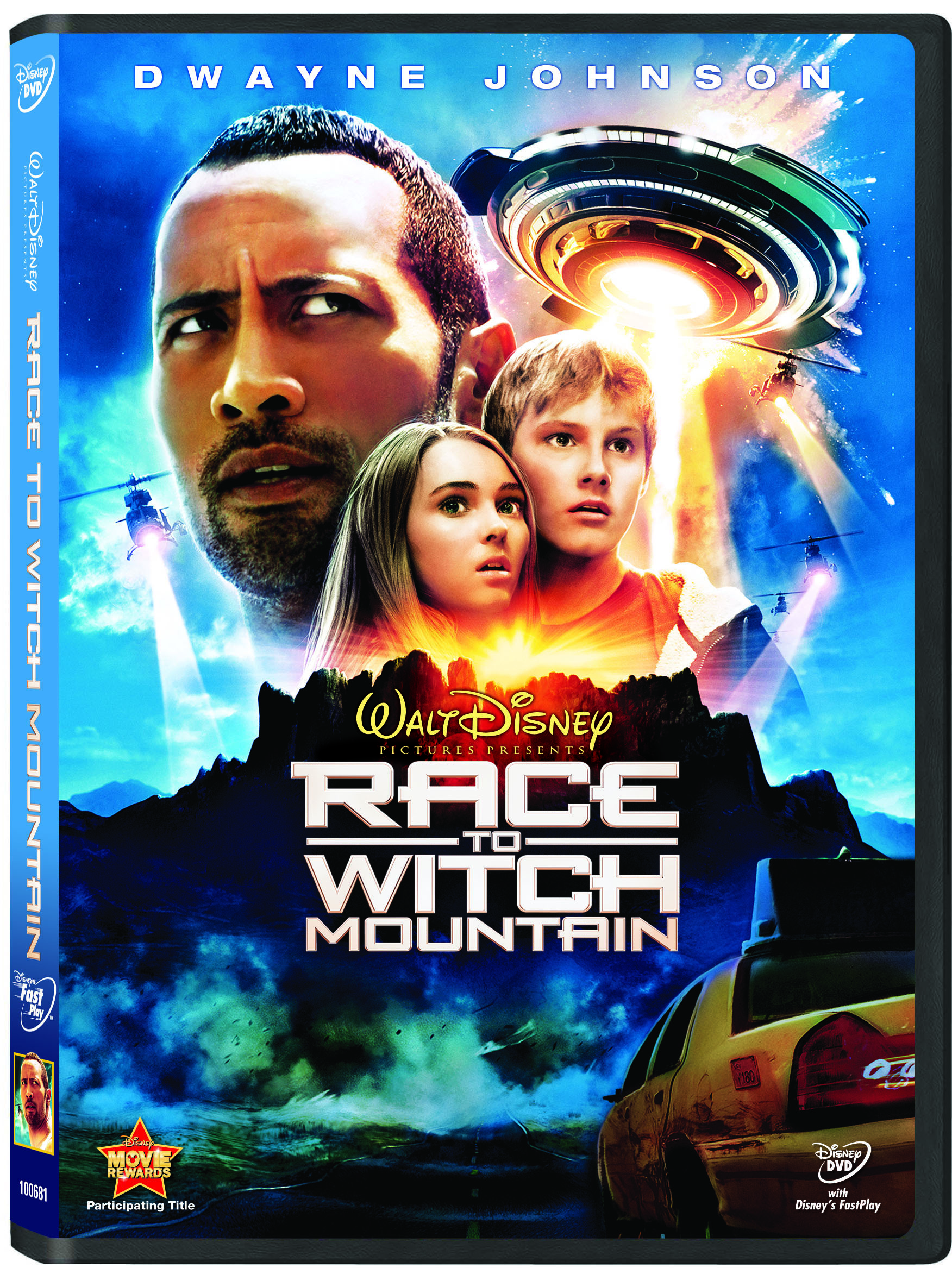 When the opportunity presented itself, I could not help but wait to screen the DVD of Race to Witch Mountain

until my niece Corinne, 11, arrived for a visit. After all, family-friendly films should be seen by all aspects of its target audience. The film, going on sale Tuesday, is based on Alexander H. Key’s 1968 novel [[[Escape to Witch]]] Mountain and is an updated remake with little connecting it to the 1975 Disney film or the 1995 sequel.

Much as the recent [[[Taking of Pelham 123]]] had to update itself to reflect today’s technology and storytelling, this film works in many modern touches so some credit goes to screenwriters Andy Fickman, Mark Bomback, and Matt Lopez. The two orphan children from the book are seen here as aliens in human form, escaping from their crashed flying saucer, trying to obtain a device they need to not only save their ecologically challenged home planet but prevent a deadly invasion of Earth. How they got separated from their ship and why it didn’t have better security, allowing it to be taken by the military is glossed over.

Instead, they use their powers to obtain cash then hire cabbie Dwayne Johnson to take them to where their object is located. Black-suited government agents are chasing them along with an assassin from home that has followed them. Atop that, needlessly complicating the story and never fully explained are goons from Johnson’s criminal past who try to apprehend him for their boss.

Director Fickman does a nice job with teens AnnaSophia Robb and
Alexander Ludwig, letting them be otherworldly and wide-eyed teens at
the same time. Their evolving relationship with Johnson is a highlight
of the film. Interestingly, the extras include Fickman discussing the
various deleted scenes, explaining why they were shot and more
importantly why they were cut. One was because the logic of the timing
in a particular scene didn’t work so they trimmed it. If only that same
concern for story logic applied throughout the rest of the film.

The time it takes Johnson to drive his fare to the object then back
to Las Vegas and again to the mysterious Witch Mountain is very
blurred. Johnson never seems to need food, gas, or sleep (let alone a
bathroom). The film also does a poor job of explaining why the two
aliens have different powers with AnnaSophia possessing telekinesis and
telepathy (ascribed to the boy in the book) and Alexander has molecular
control of his body allowing him to phase through objects or be
rock-hard as needed. In several cases throughout the film, their powers
would have been useful but were ignored.

Along the way, the cast collects Carla Gugino as a scientist who
studies the stars and is humiliated when she addresses a UFO
Conference. Gugino, engaging in most roles, here plays things too
broadly and doesn’t really bond well with the kids or Johnson; an
off-performance for her.

Fickman should be ashamed for the
scenes shot at the UFO show, playing to the worst stereotypes of UFO
conspiracy believers along with attendees of science fiction
conventions – two very different worlds mashed here to bad effect. They
are tonally inappropriate to the rest of the film and sure to turn off
some of the intended audience (Fickman should have studied [[[Galaxy Quest]]] to see how it’s done).

While
Johnson and Gugino have their doubts about their situation and
themselves, the lead black hat, played by Ciaran Hinds, is a one-noted
single-minded character that again, doesn’t fit the rest of the film.
The two scientists following him also don’t once question his decisions
and seem willing to do whatever he wants no matter how reprehensible.
Being a family film, questioning should have been encouraged/

Everything,
of course, climaxes within Witch Mountain and here Fickman’s direction
makes little sense. If the alien assassin is coming for the kids, why
waste his time with the soldiers and scientists. Also, why does Hinds
and company abandon their post, run through some tunnels then wind up
back in the lab? It’s a muddied action sequence that confuses everyone.

The
film has many nice touches and could have been far worse, but it could
also have been far better. The DVD comes with a nice collection of
deleted scenes and bloopers. The Blu-ray edition, not reviewed,
includes a piece on the Easter Eggs connecting the film to its 1975
predecessor. Here’s a few: a character is named Pleasance in honor of
the late, great Donald Pleasance while the original kids, Kim Richards
and Ike Eisenmann, appear in one sequence.

So, what did my niece
think? She was mostly entertained but agreed some of the storytelling
could have been clearer. Corinne identified with the teen protagonists
and was rooting for them to go home safely. In that regard, the film
achieves its goal.