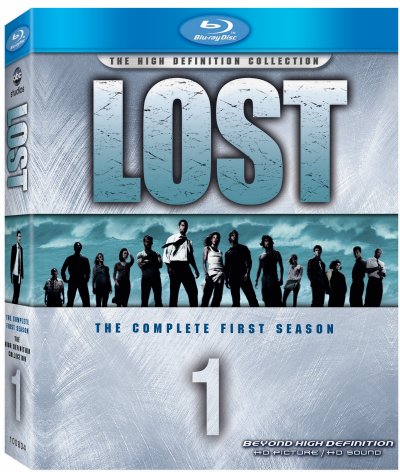 ABC’s Lloyd Berman had a nifty idea: turn [[[Survivor]]] into a drama. He handed the notion off to producer J.J. Abrams, who at the time was riding the critical wave of success with the network’s [[[Alias]]]. Abrams, in turn, sat with Damon Lindeolf and Carleton Cuse and they brainstormed a concept and characters.  From there, they shot an expensive, moody, intriguing pilot that got everyone’s attention. And suddenly, Wednesday nights were appointment television evening as everyone wanted to watch [[[Lost]]] and dissect it the following morning.

In the hands of these three, they took a high concept and turned it into one of the most layered and nuanced television programs ever attempted that demanded the audience pay attention. Not just to the dialogue or performances, but the little details in the backgrounds. Was that really Hurley winning the lottery being broadcast on Korean television? By concentrating on the show, by demanding our attention, the producers delivered with surprise after surprise, twists and turns that you couldn’t possibly see coming.

They hired an ensemble and told them all they were expendable. And wisely, they used flashbacks to make us care about these unfortunate survivors. We learned about them, and their odd connections with one another, while propelling the storylines forward as the island itself came to life. Before that first season ended, it became clear the island was going to be as important a character as Jack or Claire or Charlie or Locke. Nothing may have surprised as much as learning that Locke was wheelchair bound before the crash. The island was magical in some way.

And the names. The names demanded attention to find their sources and understand what that also told us about the characters.  There was nothing like it and we were enchanted. 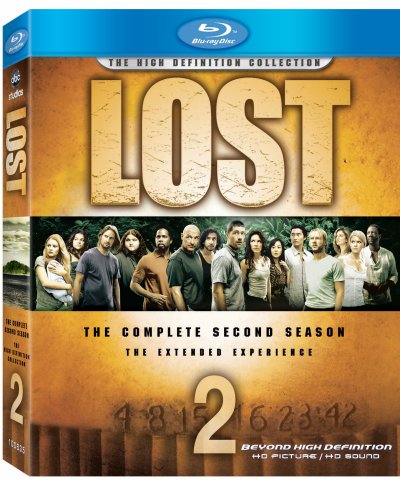 The second season expands the show with the introduction of those who
survived from the rear of the plane and we meet the annoying Ana Lucia
and the soulful Mr. Eko. However, the best introduction to the series
that season was the arrival of the well named “Henry Gale” (Michael
Emerson), who steals just about every scene he has been in ever since.

have been released on Blu-ray and invites us to
once more revisit the beginnings and revel in how things hang together
better than we recall. Yes, by the end of the second season its wild
success meant the end was nowhere in sight and that meant plot lines
and character arcs had to be stretched or watered down. That was course
corrected later on but you could see them starting to tread water, but
they did that better than most.

The show stands up to
rewatching, especially five seasons in, so you can see how long-term
plot lines were set up, and how engaging the writing and acting was
from the beginning. You also are reminded of how slowly but surely the
producers sucked us in, telling us about the 48 survivors then came the
others, the man in the hatch, the crazy Rousseau and then the
revelation about the tailies and the other island and on and on. Yes,
the island began to feel crowded but it all seemed to hang together
from the beginning.

The struggles for dominance between the
selfless Jack and the greedy Sawyer played out overtly but the real
battle for control was between Jack and Locke, who wanted to understand
what happened to him and what his destiny would be. Their journeys were
fun to watch and best of all, engaging and unexpected as allegiances
and romances came and went. Supporting them were an unusual collection
with the Everyman Hurley, who often gets the best lines, while Sayid,
Shannon, Charlie and the rest proved to be strong individuals in their
own right, each with their own challenges, especially Charlie’s
addiction issues.

So,
you’ve seen the show, already own the seasons on DVD and the question
comes down to the Blu-ray’s value. High definition makes the Hawaiian
island where the action is filmed look more lovely than ever. The
ocean, the jungles, the caves, everything really sparkles. All the
colors are lusher and gorgeous. The DTS-HD Master Audio 5.1 track
brings the island to life in new ways and you gain new appreciation for
Michael Giacchino’s spare score.

All the extras from the
standard discs are here, including the audio commentaries. There are
also, on season one, The LOST Flashbacks – All-New, Unseen Flashbacks
Reveal Additional Secrets, Welcome to Oahu: The Making of the Pilot –
Behind the Scenes Featurette on LOST’s Premiere Episode, The Genesis of
LOST – Series’ Creators Tell How the Show Was Conceived, Designing a
Disaster – Exciting Insights Into the Look of Before They Were
LOST, The Art of Matthew Fox, LOST at Comicon, LOST on Location, On Set
with Jimmy Kimmel, Backstage with Drive Shaft, Live from the Museum of
Television and Radio, Flashbacks and Mythology and Deleted
Scenes/Bloopers From the Set.

The second season’s extras
include some nifty bits hosted by Dr. Chang, who were got to know far
better in the most recent season so it’s fun to see him once again. In
addition to more commentaries (best skipped), you have new flashbacks,
a piece on the Lost Connections between the characters (a nice recap),
Secrets from the Hatch, Mysteries, Theories, and Conspiracies, Lost on
Location, and Fire + Water (an expansive look at an episode from
beginning to end).

New to the Blu-ray editions is Season Play,
allowing you to essentially bookmark where you are while watching in
case you’re interrupted.

A nice touch from Disney is a chance to
upgrade from standard to Blu-ray at a discount and honestly, it’s worth
the investment. Just send in the included slip, a proof of purchase tab
from the original DVD, and cash register receipt that’s dated between
6/16/09 and 6/16/10. In exchange you get back $20 per household. In addition, Amazon