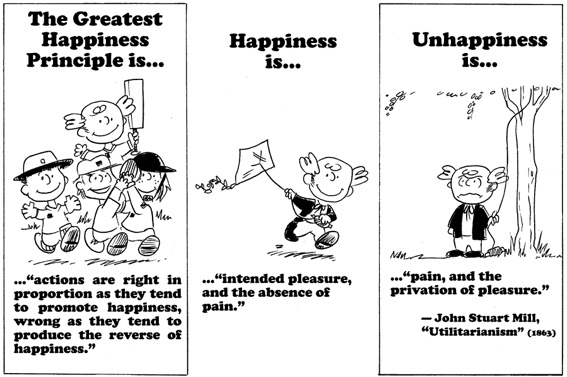 In a popular and academic marketplace where everyone wants and needs to learn better, smarter, faster, we have series upon series of
things that have titles that are playfully self-deprecating in the hopes of our being brave enough to channel our inner superhero and dive in and learn something that might have seemed a bit daunting, such as [[[Philosophy for Dummies]]] and [[[The Idiot’s Guide to Philosophy]]]. We have Sparks Charts and Cliff Notes. And we have the [[[HarperCollins College Outline of Philosophy]]], Ethics, and other subjects. All worthy aids for the harried and hopeful. But something’s missing. It has been proven in multiple studies that we learn in multi-valent ways, using all the senses, so that the more senses that are engaged in learning and the more playful it is, the better we learn and the better we retain things, no matter what our age or inclination.

Now, I’m a Philosophy Geek and I absolutely love this stuff, but I know it’s not for everyone, can be a hard read and a hard sell, and yet it is still foundationally useful – most headhunters and HR people say that they see a background in Philosophy as a plus for new applicants, as it helps them to be better analytical thinkers, better writers, better communicators, better problem solvers (both the NY Times and Wall Street Journal ran articles on this in the past year). Many of our beloved superheroes are very philosophical (look at [[[Watchmen]]]!). I heartily agree, there, and it’s why the term “classical education,” starting since Plato’s time (4th C. BCE), is still looked upon as something good and useful and the model upon which most modern education is built. After all, can 2500 years be totally wrong? But how to engage more of the senses and assimilate this vast quantity of knowledge in a manageable amount of time and even have fun doing it?

to the rescue…or rather, writer Fred Van Lente and artist Ryan Dunlavey!

Their three volumes cover everything from the most obscure pre-Socratics to 20th C. America. The series, like Philosophy, itself (save for the 20th-21st Cs.) has a dearth of women – two to be exact: Ayn Rand and Mary Wollstonecraft. And only one native-born American, Joseph Campbell (Rand was an émigré and Jung only came here later in life to teach). The rest are Classical, Continental, and Eastern Philosophers of all the major schools of thought and they read totally like a who’s who. It’s not clear to me, from volume to volume, how the various names were picked and why they were grouped together in these omnibus editions, though within each volume they are chronologically presented. Van Lente’s great talent is to be able to distill down, quite accurately and admirably (I had few quibbles with him, mostly on his takes on the various Christian philosophies, in minor details), the main points of some very complex and mind-bending worldviews, from metaphysics to political science, all with quite the sense of humor, albeit sometimes gallows or black humor. And some of the things aren’t even funny ‘til you look at Dunlavey’s illustrations, which remind me of a cross between Hanna-Barbera and [[[Beavis and Butthead]]], if they’d been done in line drawings, and then you just laugh at the conjunctions.

Van Lente seems to be at his best with some of the most difficult material – his summary of Lurianic Kabbalah is absolutely brilliant, one of the best and most succinct I’ve ever seen! His overview of the Early Christian heresies that Augustine was combating had a few nits I’d like to pick (but that would take a whole class on Christology and the Church Councils, which I won’t cover, here – now, if someone were to do a comic book of them…I would be pleased and highly amused and then be forced to comment, in excruciating detail, or course…grin…) and he failed to name the school of thought that was Augustine’s baby – Compatibilism (reconciling God’s infinite free Will and our free will in harmony with The Will), which I found very odd in the face of 3 volumes that had such meticulous attention to detail. He also missed the battle between Augustine and the Pelagians and semi-Pelagians (re: salvation and how much we do or do not participate in it…would play a pivotal role for Luther and Calvin and the Protestant Reformation of the 16th C.). He concentrated on the Christological controversies (re: the nature of Jesus Christ – how much God and how much human and how do those two parts work together, or not, if).

In volume 3 they concentrate almost exclusively on Kant’s metaphysics of the noumena without really touching on his ethics of the categorical imperative, plus there’s an unfortunate line drawing of a burning World Trade Center and a discussion of a popular conspiracy theory behind the attacks (that it was actually our own government who did it) on pages 36-37 that I could’ve done without, thanks, though it did illustrate his point very well (of what is knowable and unknowable). He presents Mill, his teacher Bentham, and Utilitarianism is a series of [[[Peanuts]]] cartoons that are too brilliant and funny for words. Foucault is framed by the old comic, [[[The Family Circus]]], renamed, [[[Foucault’s Circus]]]. And the flow chart of trajectories to and from Francis Bacon, 6 Degrees of Francis Bacon, is also funny and insightful. The rest of that volume is a lot of shorties, 1-2 pagers, scattered here and there (starts with many pre-Socratics at the beginning, then gets the smorgasbord treatment again nearer the end). The last volume is certainly the most jam-packed and varied, but sometimes reads like he had to hurry up and finish the series so he tried to throw in everything and everyone before it was too late.

Another highlight of the way the material is handled is that, in every profile, there are historical bits that not even I was familiar with (e.g., Plato was a failed Olympic wannabe wrestler and dabbler in poetry…makes a lot of sense when you later read his screed against poetry and the dramatic arts as wantonly stirring up dangerous emotions…repudiated by his student, Aristotle, who said that they’re good for catharsis and therefore necessary…). It’s mostly linear history, origin stories of our superheroes, explaining their credos just like we’d hear it in [[[Spider-Man]]] (“With great power comes great responsibility.”) or any other superhero comic, the literature of Ethics (yes, we’re back to that, boys and girls – very big grin – see my Watchmen series from March). He even traces the Philosophical trajectories, evolution of thought, from teacher to student, what each keeps, rejects, transmutes, like Alchemy, like the various series within each comic book pantheon (e.g., original Batman vs. Dark Knight, all the threads and incarnations of [[[Thor]]]).

So, Van Lente and Dunlavey engage our brains and eyes and funny bones in this millennia-long endeavor, the search for Truth and Wisdom, like Indiana Jones’ search for the Ark of the Covenant, in a way that is not at all painful. In fact, once you’ve finished a volume or three, you’ll know you’ve laughed and barely know you’ve learned something. But you have. And it will pop out at the most interesting of times. Amaze your friends and pick up chicks, when you’re not even wearing your tights and cape, at your next cocktail party, like when someone says, “See you again,” and you can ably and archly reply, “Oh, you won’t see me… for we can never step into the same river twice…” and leave them thinking about you…‘til you call them.

In the spirit of Bravo’s [[[Millionaire Matchmaker]]], Patti Stanger, ladies and gentlemen, meet my Philosophers!

And they’re us. Now go mingle. Ain’t it geeky grand?!

Alexandra Honigsberg is an adjunct professor of Ethics at St. John’s University and a corporate Ethics consultant.