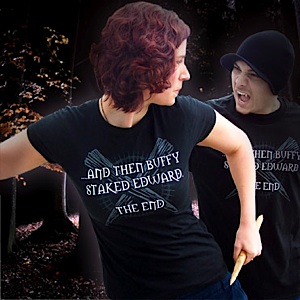 * The last holdout in publishing has gotten nailed: Harper Collins announced that they’re offering early retirment packages to employees over age 55 and with at least five years experience. The offers went out this morning and the company would like to here back by February 3 from those who are interested in the buyout. Spokesperson Erin Crumb wouldn’t disclose how many positions HC is looking to cut, but a large number of packages are reported to have been prepared.

* And the shoes keep dropping: Realms of Fantasy magazine is shutting down. Thanks to SF Scope for the tip.

* And for that matter: Village Voice Media is suspending all of its syndicated cartoons, including the popular "This Modern World" By Tom Tomorrow (a.k.a. Dan Perkins). The affected cartoonists lose readers in (deep breath) Dallas, Ft. Lauderdale, Houston, Los Angeles, Minneapolis, Nashville, Orange County, Kansas City, Denver, Seattle, and New York. He’s covering it, along with the other cartoonists affected.

* On the bright side, Christopher Reeve’s dream is starting to come true: the U.S. Food and Drug Administration cleared the way for the first-ever human trial of a medical treatment derived from embryonic stem cells.

* And finally, a link to the shirt of the day, for all the Buffy The Vampire Slayer fans who are just a little bit tired of Twilight and their sparkly vampires. (Thanks, Teresa.)