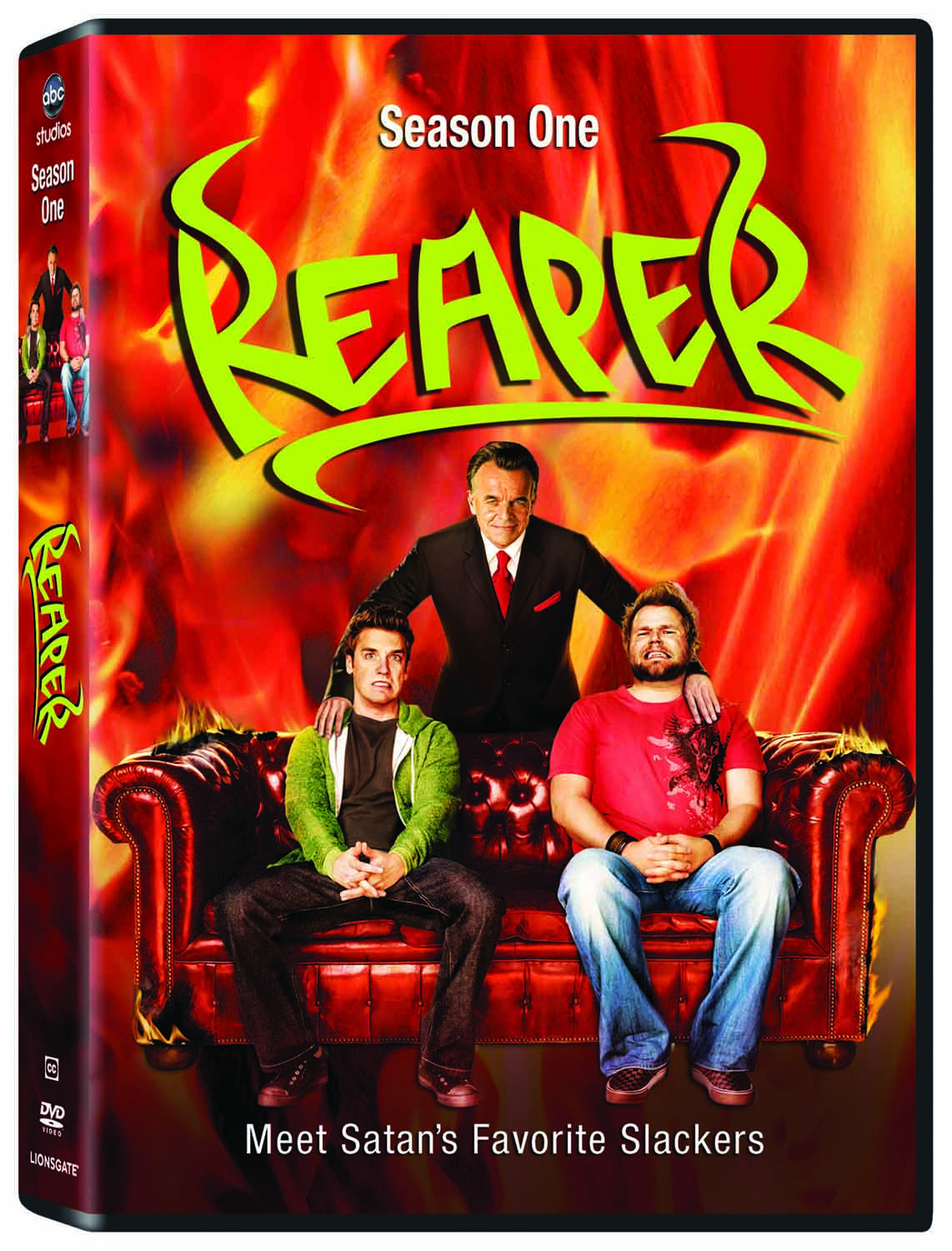 The show followed ne’er-do-well Sam Oliver (Bret Harrison) on his 18th birthday when he is told by his parents that they sold his soul when he was born and now must suffer the wrath of The Devil (Ray Wise). Turns out that the Devil actually likes Sam and proposes that, rather than go to hell for eternity, he takes the role as the Reaper, a bounty hunter capturing escaped souls and returning them to hell. Sam reluctantly agrees, tries to fight it, but eventually comes to the realization that this may just be the first thing he’s actually good at. Alongside Sam are his faithful companions Sock (Tyler Labine) and Ben (Rick Gonzalez), his girlfriend Andi (Missy Peregrym) and along the way they come across a cavalcade of TV favorites, including names like Patton Oswalt, Michael Ian Black, and Angel‘s Mercedes McNab. The show may be about demons and the different levels of hell, but at it’s core; the show is about the birth of a hero, and what it takes to balance the live of fighting evil, with a part time job at a home improvement store.

The show was bounced around more than once on the schedule, finally finding a home right after [[[Smallville]]] on Thursdays. Once the writers’ strike hit, the show suffered like many others, and went into a several week hiatus, but returned strong and finished off season one with a bang. Finally, you can catch all of the laughs and thrills of the season at your leisure as Lionsgate Home Video released Reaper Season One on DVD.

Along with all 18 episodes on 5 discs, you get a great collections of extras including audio commentary on the pilot episode from series creators Tara Butter, Michele Fazekas, and Debra Spera. Also included is a gag reel that shows just how much laughs go into making us laugh (running at 4:30) and a collection of deleted and extended scenes from the past season, which runs at 7:22. The packaging of the box comes together pretty nicely, with a lenticular cover and a plastic slipcover, it would be a nice addition to your DVD collection.

Overall, Reaper is easily one of the better things produced on TV over the past 2 years, and with another 13 episodes picked up for 2009, you are going to want to be caught up on this Network TV Gem, and you won’t be disappointed.