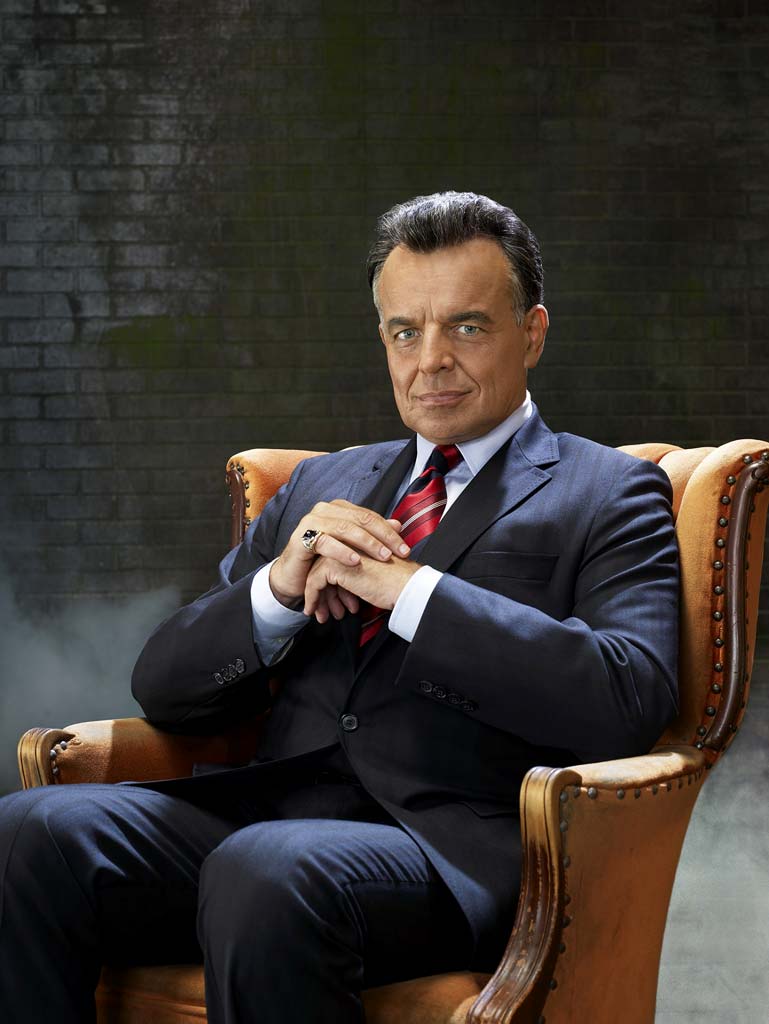 For years, in television, many hybrid series involving both science fiction and comedy have come and gone. It’s a fine line to juggle the fans of a pretty strict mythos (whichever that may be, they are all pretty strict) to also keeping the show fresh and witty for people who may not be into the science fiction or fantasy element. Reaper happens to be one of those shows that has walked the line successfully for a season and is already planning on doing it again in season 2. We got a chance to grab Ray Wise, who plays the show’s antagonist—the Devil himself—about his role in the show and some things to look forward to.

ComicMix: With the WGA strike hitting Reaper mid season last year, do you think it effected the story of the overall season, much like it did other shows that were effected?

Ray Wise: While it didn’t effect the story, it did however effect the logistics on when we would be able to come back and start shooting. We do know that the network [CW] had some decisions to make as a result of the writers’ strike which lead to coming back for a second season in doubt for a time, but I’m happy to say that we’re currently on episode 9 of a 13 episode pickup. the current plan is to air those news episodes either in January of March of 2009, and once those are on the air, we think we may be able to do some more.

CMix: Speaking of season two, can you give us any kind of hint on what The Devil might be up to this season?

RW: Well we’re going to be more character relationship oriented this season. We plan to delve a little more into each of the characters’ relationships with one another. We plan to find out a little more about the hierarchy of Hell, and even some more appearances from the Nether region will be arriving here on Earth. There will be plenty of conflict, and to sum it all up; all hell is going to break loose!

CMix: There was an interesting relationship in the first season between your Devil and Bret Harrison’s Sam, almost a love/hate relationship. Are we going to continue down that road this season?

RW: Well, I think that there is certainly a good chance that it will. All I can really say now is that the relationship will intensify, whatever that means. The characters are pretty much there for the duration, so they can only go up from here.

CMix: Great, now it’s pretty clear to say you are television’s quintessential bad guy. You’ve played the villain for decades now from 24 to Twin Peaks and now to Reaper where you essentially play the baddest of them all in the Devil. Did you have a technique in bringing this historical character to life?

RW: Well, I’ve seen all of the Devils from all of the movies. From Walter Huston to Ray Walston to even Nicholson and Pacino, and I’ve enjoyed many aspects of their portrayals immensely but I wanted my devil to be a little different. I wanted him to be in the middle between a used car salesman and a game show host. Someone with real flare, and a great sense of style and taste, from clothes to the way he presents himself. I wanted to be sartorially resplendent with a great sense of humor. My devil is a guy who really just loves himself and he enjoys mixing it up with the humans here on earth. He’s really nothing like the original portrayals of the Prince of Lies, and it’s great.

CMix: Do you enjoy playing the villain as often as you do? Do you ever wish you could don the white hat just once and play the hero?

RW: Well, I have played the good guy a few times, but I really enjoy playing the bad guy like he’s a good guy. Most bad guys think they are the good guys or at least they feel good about themselves in a strange way. They don’t feel like they are really bad guys, unless they are outright evil. But even my devil is someone who feels that he does a lot of good work, which he indeed does. I actually enjoy playing the bad guy the most because he’s a multileveled character and I really throw myself into them completely, plus my own personality and imagination helps it come pretty easily.

CMix: One of the most popular roles you’ve had on TV is playing Leland Palmer on Twin Peaks. Comparing a show like Peaks that didn’t have much focus towards the ending to now Reaper, which seems to know exactly where it’s headed in the next year or so, how different are the two shows?

RW: Well, Twin Peaks was a big ensemble show with a lot of different storylines going on simultaneously and it was a puzzle how all these storylines and mysteries fit together. Reaper is much simpler in that sense. It’s not as much of an ensemble show and there aren’t as many different storylines going on. It’s all based on the one storyline of Sam working for the devil and his relationships. That aspect of it makes it much simpler and lends itself more to comedy. Twin Peaks was much more complex and multilayered though.

CMix: Other than working on Reaper, being around the acting game for quite some time now, is there anything out there that you’d like to do that you haven’t so far?

RW: Just any good role in any good movie, really. I go to the movies often and I see roles that I think I would have been great for. Honestly, working on any good project with great people is most important to me. To answer your question though, I’ve always wanted to play a cowboy, and it would be a real dream of mine to do a western with Clint Eastwood. I think it would be a great time and a great opportunity.

You can catch Ray Wise’s portrayal of The Devil on Reaper Season 1. For a full review of the box set, click here.