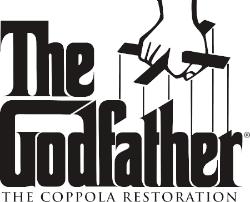 is one of those films that creates an immediate sensation but then slowly seeps its way in the American consciousness. Like the immigrant families it depicts, the Mario Puzo novel was a potboiler, his third book after a career of writing for the men’s sweat magazines.  It arrived on the bookstands in 1969 and Puzo merely hoped it was something for the masses so he could support his five children. Instead, it generated some noise, enough to entice Paramount Pictures to option the film.  Then, after many trials and failed attempts to assemble a team, the right mix was found and a movie was made.  The American Dream in microcosm.

Francis Ford Coppola took the basic story of the Mafia, at the time, a criminal entity that people were only just getting familiar with as a reality, and set it against grander themes.  He was very collaborative and Puzo was heavily involved from the beginning which helped tremendously.

The first film was a mammoth success which required a sequel that many argue surpasses the original.  Despite pressure for a third film, it took Coppola until 1990 to finally complete the cycle. In the intervening years, the film’s archetypical characters were embraced and imitated, catch phrases entered the lexicon and have endured. And to be fair, the third installment has aged better than you would imagine now the bitter taste of disappointment has been washed away with time. 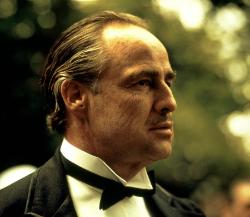 The sense of the films’ place in mass media and pop culture is nicely captured on “Godfather World” just one of the several solid featurettes included in [[[The Godfather: The Coppola Restoration]]] box set.

Of course the real story is in the restoration itself.  The actual film has not aged well and despite improved technology, each iteration (VHS, Laser Disk, DVD) has not helped.  The previous DVD set is dark and muddy compared with the restoration.  “Emulsional Rescue Revealing [[[The Godfather]]]” shows the degree of care that went into cleaning the transfers from a variety of sources.  They nicely walk you through the process with a bit of post-production tutorial tossed in.

As a result, sitting in a darkened room, watching the trilogy can be revelatory.  The lines are the same, the performances just as stellar, and the music just as moving.  But, the visual details coming out of the murky shadows and the use of light and color makes for a more nuanced film-going experience. A greater appreciation of Gordon Willis’ visual contributions can be gleaned from rewatching the films from this set, now available from Paramount Home Video.

The Godfather is about crime and the immigrants in America during the 20th Century.  As a result, it’s a history tale.  It’s a crime story.  It’s a family saga that can be measured against any other found in fiction.  Of course the story explores the Italian experience which is vastly different than the Germans, Poles, Greeks, Jews and others that came to America since 1776.  From that standpoint, the films are chapters in a broader history that has to include [[[Avalon]]], [[[I Remember Mama]]], and [[[The Long, Long Journey]]].

Other extras include previously seen screen tests and Making Of material along with the historical timeline, family tree, and galleries round out the set and make this a must have. Yes, it’s every extra from the previous box set and then some.  Some, such as “Godfather on the Red Carpet” (do we really care what the crew and cast of [[[Cloverfield]]] had to say about The Godfather?) or “Four Short Films” seem to have been cobbled together from extra footage they didn’t know what else to do with. Having it as a Holiday season option is just the icing on the cake.