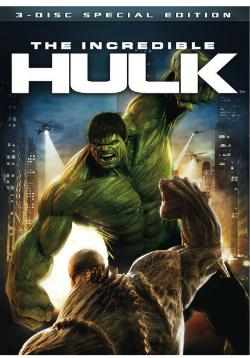 Ang Lee’s [[[Hulk]]] film failed because he spent too much time on the Jekyll/Hyde aspects, the very ones that inspired Stan Lee.  After all these years, people wanted to see the Hulk leap and smash things.  When he leapt, we cheered, but there just wasn’t enough of it.

Director Louis Leterrier achieved a far better balance in this year’s [[[Incredible Hulk]]] which builds on the mythos while firmly settling into the new Marvel Cinema Universe. He wisely covers the obligatory origin materials during the title sequence and then gives us a story.

Unfortunately, the story just wasn’t as gripping as we had hoped.  The film, arriving Tuesday on DVD

, is largely the Army hunting the Hulk as Bruce Banner searches for a cure.  While that worked fine in the 12-page [[[Tales to Astonish]]] stories, it’s not nearly enough for a feature film.  The biggest problem with Zak Snyder’s story is that the Super Soldier formula that is now linked to the Hulk and the Abomination is clearly able to turn people into weapons of mass destruction and all the military sees is a weapon.  Not a single person in uniform saw it as anything else and frankly, we’ve seen this theme before and done better elsewhere.

The notion that Emil Blonsky is a soldier towards the end of his career, with nothing to lose, and therefore more than willing to become the Abomination is a nice way to integrate the character from the comics to the film.  But, he’s as single-minded as everyone else in the story, which is a shame.

Penn’s script lifts the Mr. Blue character from Bruce Jones’ celebrated run on the title but reveals him to be Dr. Samuel Sterns, and frankly, I just didn’t buy their connection or the way Sterns suddenly switches from dedicated scientist to Colin Clive in [[[Frankenstein]]]. The fact that in the comics Stearns evolves into the Leader complete with big green head means he’s around should the movie franchise continue so hopefully he’ll be rounded out.

As presented, Leterrier’s film is pretty much A to B to C with pauses for Hulking out and destroying things until the climactic fight in Harlem.  I’ve certainly seen worse, but had hoped for something better considering [[[Iron Man]]], released just weeks prior, showed that serious issues could be addressed through fantastic means. 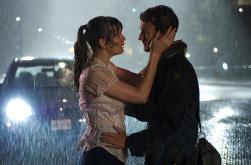 In casting his film, Leterrier wisely avoided everyone from the Lee film, except Lou Ferrigno, and his cameo was subtle.  Edward Norton makes a fine Bruce Banner and Liv Tyler is an appealing Betty Ross.  Unlike Eric Bana and Jennifer Connelly, this couple has an attraction and a chemistry and their longing for one another works. William Hurt as Thunderbolt Ross is driven and one-dimension but nowhere near as bombastic as Stan Lee wrote him in the 1960s.  Tim Roth’s Blonsky, the one character who should be so one-note, is pretty terrific. (Speaking of cameos, the Stan Lee bit was fine, but Norton watching his predecessor Bill Bixby in a clip from [[[The Courtship of Eddie’s Father]]] was a lovely nod.)

The final scene, between Tony Stark and General Ross, clearly establishes that a good deal of time has passed since Iron Man and that the Hulk is clearly one reason the Avengers will be forming – all we have to do is wait for 2011 to arrive.  And one wonders if Norton would be willing to come back.

I mention this only because the features on making the Hulk and the Abomination on the second disc, is fascinating.  The extent to which both Norton and Roth worked with the motion capture technology shows just how much of a performance they gave their CGI counterparts.  The Making Of feature was perfunctory although seeing Letterier’s initial drawings and designs show what a fine artist he can be and I wish a gallery of them had been included.

There are quite a number of deleted scenes plus the alternate opening.  The latter is just as valid as the one used and of course, film students have unearthed the oh-so-hidden [[[Captain America]]] in ice which is a neat find.  Of the deleted scenes, about half were wisely trimmed from the film since they would have slowed things down.  On the other hand, the remaining half should have been restored to round out the characters.  There’s a fine scene with General Ross speaking with Major Sparr that give him some depth.  Another moment, towards the film’s end, between Betty and Doc Samson also should have remained showing the depth of her personal pain.

The two-discs are accompanied by a third, a digital copy of the film suitable for your laptop or iPod, which is a nice touch.  Overall, it’s a nice package and no doubt for Marvel collectors, it’ll get snapped up.  For the more casual fan, there are better choices out there.  This isn’t bad, just not overly compelling.