Iris Wildthyme Back for Second Season in February 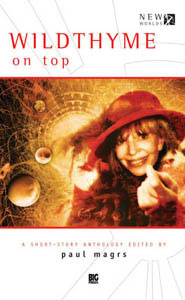 Big Finish, the British audio producer, announced this week that four new Doctor Who pastiches will be released featuring their own character, Iris Wildthyme.  She was created by writer Paul Magrs and she’s described as “Bracing the temporal winds in her trusty bus and accompanied by the ever-loyal Panda (a ten inch tall stuffed bear), Iris travels from the depths of space to the gates of Wonderland and beyond. Iris and Panda will bamboozle and befuddle a host of new friends and enemies while always having time to mix a sharp Gin and Tonic.”

Katy Manning, a former companion of The Doctor, will reprise her role as the voice of Iris in this second season of adventures. David Benson also returns as the voice of Panda.

The new season kicks off in February with The Sound of Fear, written by Mark Michalowski. “Iris and Panda encounter the deadly Naxians aboard space station Radio Yesterday, along with Iris’s ex-husband, Sam.”

The second installment, Land of Wonder, from Magrs, features “Iris exiled to Earth and working with top-secret organization MIAOW to investigate dark happenings in the Underground.”

Simon Guerrier writes The Two Irises and “Panda has not only the return of the Naxians to deal with, but there’s a new Iris aboard the bus – an Iris who is decidedly male…”

The concluding escapade will be Mark Margs’ The Panda Invasion. “As San Francisco celebrates the millennium, Iris must save the world from destruction, while Panda faces his evil twin, and all because somebody spilt their gin and tonic…”