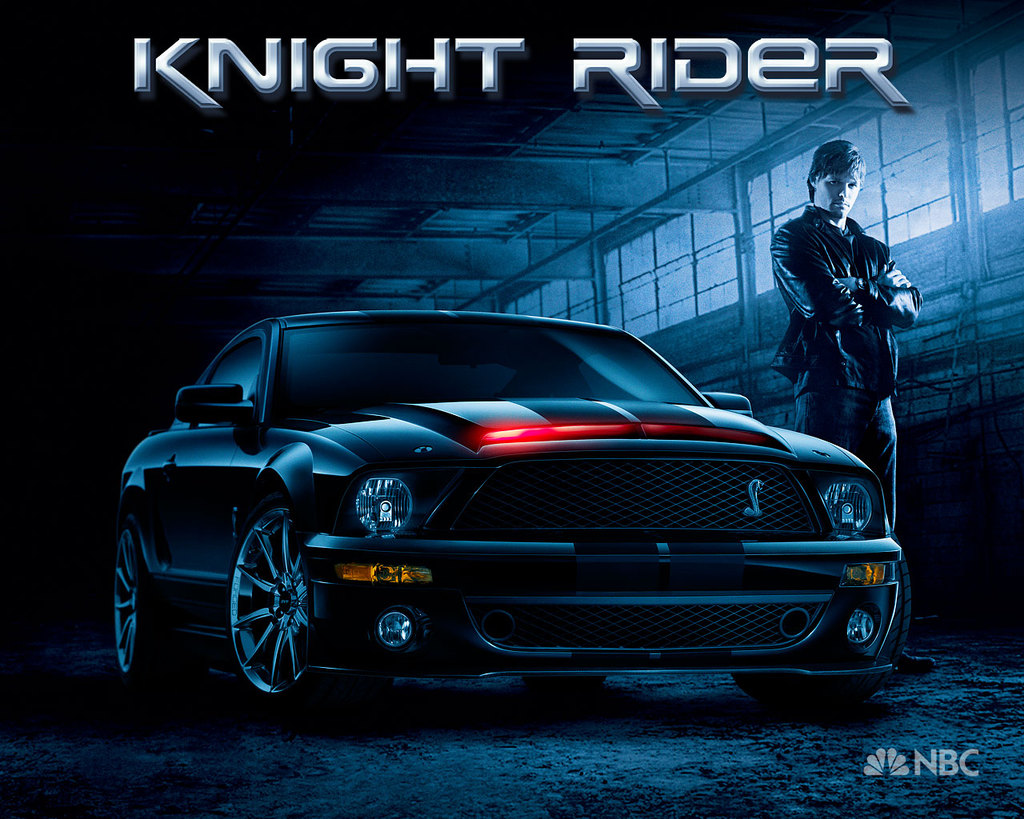 In an attempt to make up for NBC’s flop of a reboot last year with [[[Bionic Woman]]] comes the new and improved [[[Knight Rider]]] which is like the original series, but with a revamped KITT, a younger cast, a brand new back-story, and fantastic special effects, this show has the potential be a win for NBC’s fall lineup. Many will be going into this “pilot” with some hesitation after February’s TV movie (which was technically the pilot), due to the fact that the show lacked in story structure, was full of WB-level acting, and gave work to David Hasselhoff. Happily, this episode fixed many of those issues and made the hour mildly entertaining.

The story from the original movie is that terrorists go after and “kill” scientist Charles Graiman (Bruce Davison) who helped work on the supercar Knight Industries Three-Thousand, or K.I.T.T. (see what they did there?), which drives away to find Graiman’s next of kin; his daughter Sarah (Deanna Russo). They meet up and Sarah decides to go to her old flame for help, a renegade army ranger named Michael Traceur (Jason Bruening) who is in his own heap of trouble with a whole “the-government-erased-my-brain-not-unlike-in-[[[The Bourne Identity]]]” plot of his own going on. By the end of the movie, Michael decides to become an agent for the newly reformed Foundation (an updated version of the original show’s F.L.A.G.) and drive KITT permanently.

This first episode takes off right in the middle of the action, as main characters Michael and Sarah are on a James Bond-style mission when Sarah gets kidnapped and Michael and KITT go after her, when they learn that these mystery men were actually after Michael and what he “knows”. This triggers the running theme of the episode, as everybody is trying to obtain clearance levels that they don’t have. Lots of shtupping going on for one episode, as there is presumed sexual tension between Sarah and Michael, and also between some other nondescript characters back in what can only be described as the KITTcave.

The KITT effects are easily the coolest part of the show so far. With essentially a Transformer voiced by Val Kilmer, it’s a pretty good answer to the “futuristic” car we got in 1982. There are some great uses of modern special effects where the car can turn into a pick-up truck—and back again—without crushing the passengers inside! Granted, this makes the show basically a weekly 40-minute commercial for Ford, but it is still pretty cool for any fan of the original series who wanted more than a bunch of cool [[[Dukes of Hazzard]]] jumps and William Daniels.

The bad points: there are some very cheeky moments back at the “base” with the wacky super nerds (a stereotype NBC seems to love) throughout the show, which comes across as incongruous for the show’s dynamic. Three-quarters of the show consisted of shadowy government types, as the overall story of the first episode was the death of Michael Traceur and the birth of Michael Knight, which was originally helmed by Michael’s father, Hasselhoff.

The biggest weakness for the show by a stretch is certainly the amount of different elements that the show tries to cram into 40 minutes. With that said, there is still plenty of action to keep you entertained, but add that in with the government mystery storyline, Michael finding out who erased his memory and why, the “Sam & Diane” storyline between Sarah and Michael, the plucky sidekicks, a unnecessarily dominant Sydney Poiter (the daughter, not Mr. Tibbs) and the dry wit of Val Kilmer as KITT, it becomes too much to keep track of. Each element on it’s own would make for great B-story to go along with the weekly spy thriller of the show, but cramming all of this in at once only proves to be confusing and hard to keep straight. The show certainly has potential to make it farther than last year’s Bionic Woman, but may have trouble keeping it up for more than a season unless they can find some solid structure, drop a few secondary storylines, or at least bring Will Arnett back as K.I.T.T. RATING: 7/10