A Jihad on Mickey Mouse 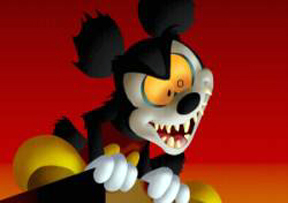 Those familiar of Mickey Mouse would usually classify the character as friendly, cheerful, and even funny at times. Well, did you know that he’s also a Soldier of Satan? It also seems that Mickey isn’t held in too-high regard around Saudi Arabia. In a recent interview with Saudi Arabian cleric/diplomat Sheikh Muhammad Munajid he stated that Mickey needs to die. (AP)

A sheik from Saudi Arabia, a former diplomat posted in Washington, has put out a fatwa on Mickey Mouse, calling him the new enemy of Islam. "Mickey Mouse is a soldier of Satan, and everything he touches becomes impure," said Sheik Muhammad al-Munajid.

"Mickey Mouse has become an awesome character, even though according to Islamic law, Mickey Mouse should be killed in all cases. According to sharia law, the mouse is a repugnant and corrupting animal," he said during a show broadcast by Al-Majd television.

It should be mentioned that this has been translated from it’s original language, and "awesome" probably doesn’t have the same meaning we would give it. Munajjid went on to say that under Islamic law, rats and mice are considered "repulsive" and as "soldiers of Satan" which totally explains the adage "give a mouse a cookie, and he’ll want a glass of milk." Now, those of you who aren’t caught up on your Islamic terminology, a "fatwa" is a ruling on a point of Islamic law that is given by a recognized authority. This essentially means that the religion is calling for the head of Mickey Mouse. Last month Mr Munajid also condemned the Beijing Olympics as the "bikini Olympics", claiming that nothing made Satan happier than seeing females athletes dressed in skimpy outfits. You can only imagine his reaction if he saw this image: 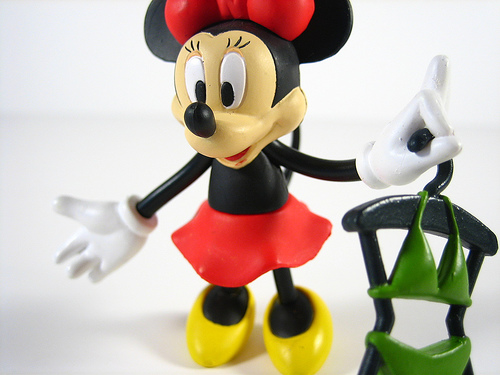