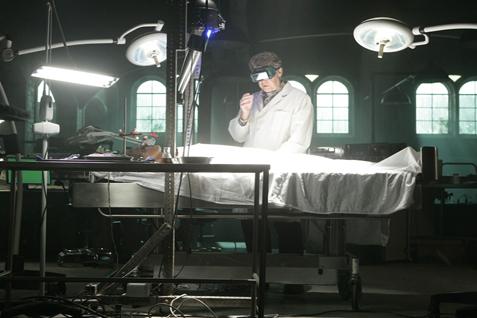 During an investigation into mysterious deaths aboard Flight 627, Agent Olivia Dunham’s boyfriend and partner Agent Scott is nearly killed, his body becoming translucent. Olivia recruits Walter and Peter Bishop, an eccentric father-son scientific duo, to devise a cure for Scott’s condition. Although successful, it turns out that Scott has secret knowledge of Flight 627, but he’s killed before he can reveal anything. Olivia is determined to uncover what Scott’s involvement means in relation to an enigma known as ‘The Pattern,’ and is recruited alongside the Bishops to uncover the truth. Meanwhile, the secretive Massive Dynamic corporation looms in the distance, somehow involved in the plot.

The series kicks off it’s first post-pilot installment with “[[[The Same Old Story]]],” and it’s anything but. A woman suddenly becomes pregnant and gives birth to a baby in a matter of minutes. Upon birth, the baby grows and ages 80 years. Who you gonna call? Fringe… busters… people. Alright, they need a cooler name.

“The Same Old Story” matches the creep factor so heavily ratcheted in the first episode. Kicking the show off with a fast-forwarded version of [[[The Curious Case of Benjamin Button]]] is eerily reminiscent of [[[The X-Files]]] — and that’s certainly the effect that the ladies and gents at Fox have in mind. The computer graphics could use some work, but it’s solid as far as network television goes. 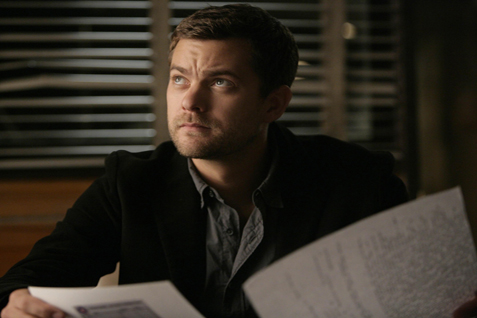 Right off the bat, the episode delivers on J.J. Abrams’ promise of the series as a procedural drama. Special Agent Phillip Boyles introduces a committee—and potential new audience members—to the main characters that we’ll come to know and (hopefully) love. They utilize this scene to hook in newcomers to the show, and it certainly works, although this kind of routine will get old if used in every subsequent episode.

Still, [[[Fringe]]] isn’t without it’s overarching mysteries. Massive Dynamic remains in the background this time around, culminating in robot-armed executive Nina Sharp offering Olivia a job at the company. There’s also ‘The Pattern,’ which Olivia describes as “inexplicable frightening things that have a connection.” You can definitely enjoy the series on a stand-alone basis, but expect long-term fans to receive a big pay off when ‘The Pattern’ is finally explained. Or, at least, that ought to happen… whether or not the series survives until that point is another story.

The son of a literal mad man, Peter Bishop’s origins are mysterious enough to give Fox Mulder a headache. At episode’s end, Walter insinuates to Olivia that there’s something amiss with Peter’s medical history. Given that this episode dealt with rapidly-aging clones intended for super soldier programs — not to mention the final scene involving three men in sleeping chambers — it’ll be very interesting to see just what kind of “medical history” Peter has. Is he a clone? Is he a super soldier? Or is he just a loveable riff-raff too far from the Creek? Only time will tell the true origin of Peter Bishop.

If that Robin Williams movie [[[Jack]]] creeped you out, we suggest you steer clear of Fringe. Otherwise, give it a look!