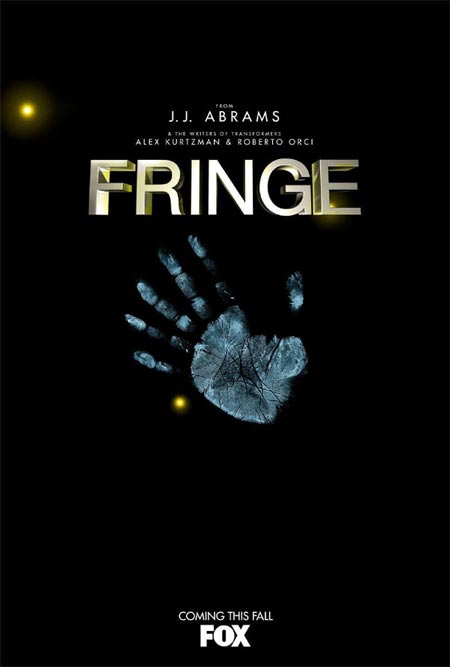 Long gone is the time when great science fiction programming came in two categories; Star Trek spinoff and everything else. Today, those categories have been split into dozens more, including things like superheroes, time travel, or even the occasional futuristic evil robot plot. Fringe seems to take just about all of the elements that fans have loved over the years of watching X-Files, Heroes, and Lost and purées them into an hour long drama that will inevitably go over the heads of millions of viewers.

From creator J.J. Abrams (Lost, Alias), Fringe follows the structure of too-curious-for-her-own-good government agent (Anna Torv) and the estranged son who must suffer from his father’s evil schemes (Joshua Jackson) solving mysteries surrounding a string of DNA that could “change humanity as we know it”. While the structure may not sound that boring, the actors make sure to help that point.

Anna Torv’s Olivia Dunham leaves enough room for a tractor to fit in her enthusiasm factor. She, along with everyone in the series, seems to be playing this out like it will be the next Lost, trying not to emote too much, because who knows where their character may lead in a season or two. This is a nice return to primetime TV for Joshua Jackson, seeing as how the last time we saw him, he was hanging around a creek. He plays the cunning-yet-brash son of the evil Dr. Walter Bishop (John Noble). There is room for plenty of father-son and even lover-dead lover drama, which eats up about half of the pilot.

The story loses steam when they introduce the stereotypical “evil corporation with a secret that controls the government” subplot. This will more than likely become the center of the entire series, if it even gets the chance to unravel that plot. Throw in a few cameos from Abrams’ other shows, and you’ve got a nice little vehicle to keep naive Lost fans happy until mid January.

The concept of DNA manipulation and secret government cover-ups is no longer flashy and original to an audience of modern primetime television. Add that in with more Lost-esque ambiguity and a very weak leading role, this show doesn’t look to be going too far. Fox has already ordered 13 episodes of the series, but those who know Fox’s M.O. when it comes to new series know that it will take a miracle if Fringe even makes it past three episodes. The network is infamous for dumping shows at the first sign of a bad review or bored expression, and this show is just asking for one-if not both of those conclusions. RATING: 6/10