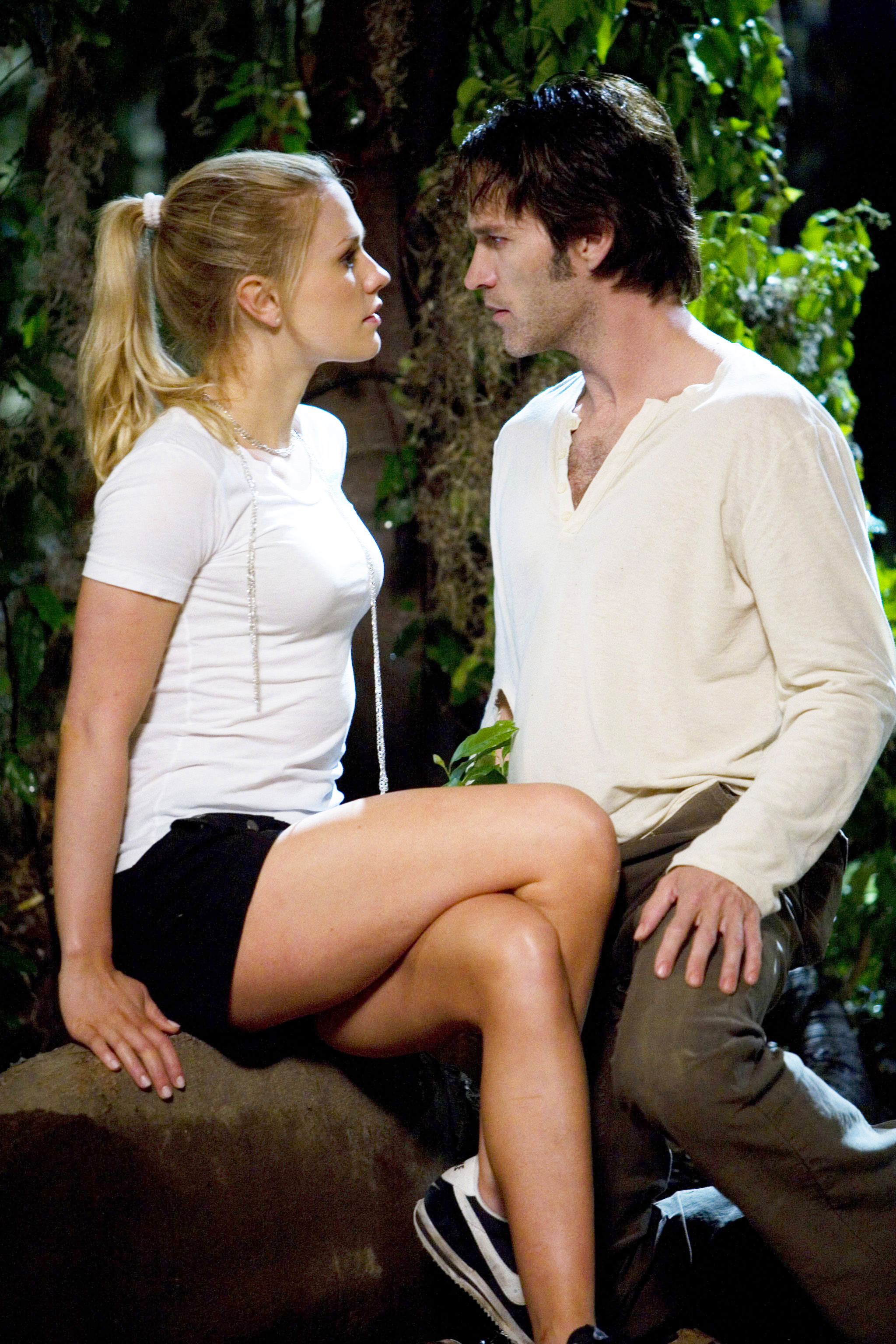 For too long, paranormal dramas have been restricted to basic cable where they become weighed down with melodrama and morals that everyday teens can take away from each episode. I’d like to say that [[[True Blood]]] breaks that trend, but, sadly, it does not and with the exception of a few expletives and some exposed body parts, this show could certainly be made for ABC or the oh-so-hip CW.

From the Alan Ball, the creator of the acclaimed HBO series [[[Six Feet Under]]] comes the TV series based on [[[The Southern Vampire Mysteries]]] book series by Charlaine Harris about a southern telepathic waitress named Sookie Stackhouse who solves mysteries involving vampires, werewolves, and other such creatures. Keep in mind, this series was written four years before the nation’s newfound interest in vampires was peaked with Stephanie Meyer’s [[[Twilight]]] series. That said, this still isn’t safe from being called a watered down version of [[[Buffy The Vampire Slayer]]].

There were only a few scenes that were of interest to any fan of the vampire mythos, the rest establishing the faux racism storyline that seems to be the backbone of the show. In a world where vampires have “come out of the coffin” (not my turn of phrase) and are now publicly known, they become the new racial scapegoat for the scared and angry citizens of Southern America to abuse. This storyline borders didacticism by using “vampire” as a replacement for words like “black” or “gay” or even “cylon”. In a world where these immortal creatures walk the earth, why should they care what the clerk at the Quik-N-Stop has to say to them? Unanswered questions like these makes one realize why this series needs to be looked at like a Vampire Romance novel, instead of a replacement for something like Buffy or [[[Angel]]], much like watching [[[The New Adventures of Lois & Clark]]].

Outside of plot holes like that, the other two issues with the pilot were the pacing and acting. The pacing seems to be almost at a torturous level, leaving entire chunks of time where nothing more than a lot of pensive staring goes on. We understand that there is a lot of animosity between the vampires and the “mortals”, but they can rip your throats out, so stop looking like a pissed off toddler. The acting  (I won’t go into how bad the southern accents are) and motivation of characters just came across as inconsistent, as many of them were either set as “angry girl” or “delusional grandmother”. There was hardly any reasoning behind these emotions, and they felt unnecessary and distracting.

The ending left for a good cliffhanger and a want to pursue the next episode, which I encourage. This series will hopefully improve and become slightly more watchable, but this doesn’t seem like another Buffy the Vampire Slayer or even a Twilight, instead just a watered down amalgam of the two.  Rating 6/10

True Blood debuts on HBO Sunday evening at 9 p.m. and has a twelve episode season.