Alex Robinson and Poker at Comic-Con 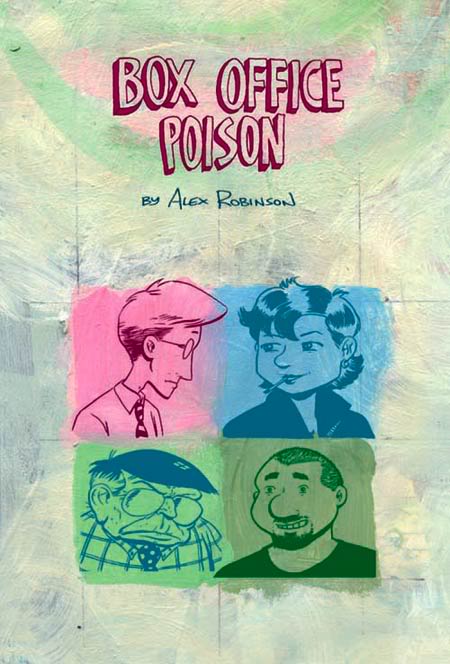 Alex Robinson, creator of the new Too Cool and Box Office Poison, writes on his blog about Comic-Con, though it has pretty much nothing to do with comics or movies. (And haven’t we all had enough of that anyway?)

Instead, the subject is cards:

One proud note: on Saturday night, my wife and I played in this poker tournement at the show. There were about fifty-five players and I didn’t fare so hot, going out about number fifty or so (excuses: I was very tired after the show and prefer to play in cash-games anyway). The awesome news is that Kristen managed to hold on, and wound up finishing third. She got to take home a trophy and a wad of cash! Maybe it’s time to quit this comics racket and live off of my lovely bride’s gambling wages…

Just to boost Alex’s ego a little, he was kicking the crap out of me in a game of Scrabulous before it was shut down last week.