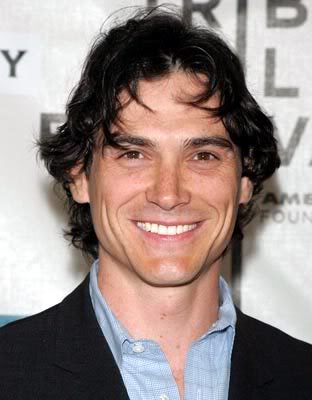 The Geek Files has a short interview with actor Billy Crudup, in which he talks about playing Dr. Manhattan in the upcoming Watchmen film.

Most of that screen time is in the digitally animated form Manhattan takes after a lab accident leaves him a super-powered god figure. Here are a couple good bits:

"And he was being asked to be a dutiful man at the same time by his government, so he was trying to attend to both of those while trying to carry on a relationship, and I think ultimately he discovered, through his own journey, that he was no longer as interested in people as he was in the … universe. … So I think my experience of doing it was the experience of asking that question each and every day."

Fans got a glimpse of Dr Manhattan in footage screened at Comic-Con. To play him, Crudup wore a motion-capture suit covered in lights, with dots on his face as a reference for computer generated effects to be added in post-production.

"It was a burden for about the first day, until I saw what these guys [his fellow actors] were in, and then they also had to go work out and watch what they were eating, blah di blah, blah, blah," Crudup said. "I was as happy as a clam. Basically came in and put on my pyjamas, stood on my apple box and tried to figure out Dr Manhattan."