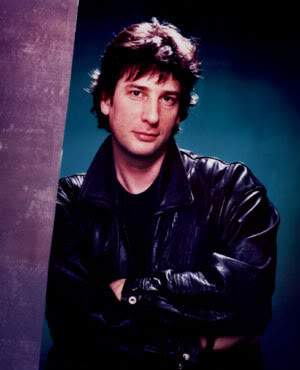 DC held out till the very end of Comic-Con to drop its biggest bit of news: Neil Gaiman is returning to the publisher for a two-issue Batman series with artist Andy Kubert.

Whatever Happened to the Caped Crusader? will serve as a transition point between Batman R.I.P. and whatever comes next. Dan DiDio shared a little with Newsarama:

Newsarama: Dan, obviously the title is a reference to Alan Moore’s Superman story, “Whatever Happened to the Man of Tomorrow?” Are there parallels between this story and that one?

Dan DiDio: There are a number of parallels to that. There’s a very particular reason why we call it that, and that information will be coming out later on, but with this, we wanted to get someone of that particular stature to tell this story, a story that will really define the years of Batman’s life.

And Gaiman has posted about it on his blog, though he’s even less forthcoming:

So I don’t have to write lots and lots of emails back to all the journalists:

1) Yes, I am writing a two part Batman story.

2) Yes, Andy Kubert will be drawing it.

3) Yes, it will be two oversized issues.

4) No, I don’t plan to say anything else about it until it’s all written and drawn.

(I just called my Visa card to fix something, and found myself being asked if I was the Neil Gaiman. I said yes, I was. "So," said the Visa person, "Are you going to be writing an episode of Dr Who?")