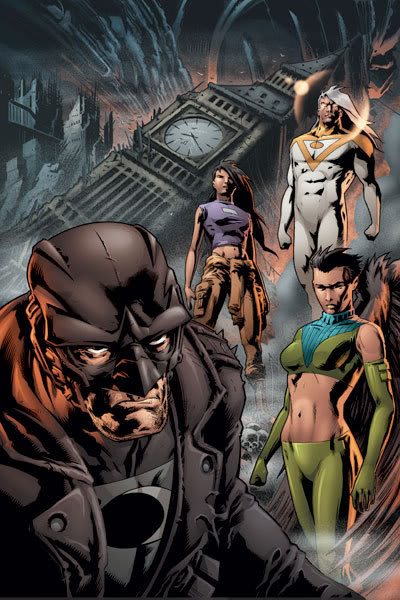 Vertigo and WildStorm — both imprints of DC Comics — talked about their respective futures at a couple of Comic-Con panels.

While Vertigo (led by editors Karen Berger and Will Dennis and a ton of creators) talked about an array of new projects and the Vertigo Crime imprint, WildStorm had just a little bit of news on already existing properties.

Newsarama has an exhaustive roundup of the Vertigo panel, including some insight into Vertigo Crime:

New Vertigo Crime books that are coming out include Dark Entries, a new book by writer Ian Rankin with Werther Dell’edera artist. Rankin is best known as the writer of the Rebus novels, on which the BBC show is based. "It’s using the character of Constantine from Hellblazer," Dennis said. The story follows what happens when John Constantine is called in to investigate what went wrong on a reality television show.

Filthy Rich is a new Vertigo Crime book by writer Brian Azzarello and Victor Santos, an artist from Spain. "Basically, it’s a story of a big man who makes even bigger mistakes through his life," Azzarello explained. "He is hired to be a clandestine bodyguard for a wealthy automobile heiress."

Filthy Rich takes place in the early ’60s so it has that "upbeat vibe," he said. "It’s all about the celebrity culture of wealth and why people find that fascinating."