Getting Respect, by Dennis O’Neil 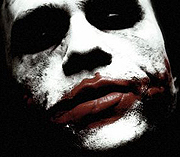 Well, it is certainly a superheroic weekend here in New York, and maybe where you are, too. The latest Batman flick has already set one box office record and who knows what others it may yet conquer? The second Hellboy movie is still kicking box office butt. And a while ago, I was paging through the Arts and Leisure section of my Sunday New York Times when I saw a familiar face staring up at me from a photo: my old colleague Frank Miller, grim and determined looking. The accompanying story was about Frank’s writing and directing of The Spirit movie, based on work by yet another old friend, the late Will Eisner, produced by yet another old friend, Michael Uslan. (Good heavens! Whom don’t I know?)

Last week, the loyalists among you, if any, will remember that I strongly recommended a book titled The Ten Cent Plague, by David Hajdu. Since then, I’ve recommended it in conversation a couple of times, and may do so again. Damn good book. One of the points Hajdu makes is that comics were the outsider’s medium: the first bunch of creators and promoters were primarily Jewish, guys who had trouble getting work elsewhere. This is one of the reasons the Establishment may have felt threatened by the four-color trash sprouting from the newsstands like crab grass on a lawn; these were not their kind of people and who knows what kind of anarchy these grubbies might promote, given the opportunity? Decent folk practically had an obligation to put them in their place!

When I entered comics, about a quarter century into their history, the field was still dominated by outsiders, or anyway at least ex-outsiders. As for my cohorts… maybe one of the writers who came into comics at about the same time after I slithered in may have been destined for a respectable career in respectable institutions among respectable citizens, but the rest of us were hippie-rebel, anti-establishment types. If that hadn’t been true, why were we there? Comics publishing didn’t have an established career path, there didn’t seem to be really serious money to be made, at least at the editorial level, and Lord knows we weren’t reputable; only a decade or so earlier, our chosen endeavor had been crucified in magazines and on editorial pages and even in congressional hearings. We weren’t exactly bracketed with axe murderers, but you probably wouldn’t want your daughter marrying one of us.

That was then and this is now, and now comics have parity with the other media.  I suspect that’s largely because of all those comics-based movies bringing in enough revenue to reach from here to Pluto. All to the good, I guess, though frankly I’m still hippie-rebel enough to be just a tad uncomfortable even at the rim of the Establishment. I mean, look at history. The Establishment has been wrong more often than right, and drab, and charmless. And besides, don’t respectable gents have to wear neckties?

Dennis O’Neil is an award-winning editor and writer of Batman, The Question, Iron Man, Green Lantern, Green Arrow, and The Shadow – among others – as well as many novels, stories and articles. The Question: Epitaph For A Hero, reprinting the third six issues of his classic series with artists Denys Cowan and Rick Magyar, will be on sale in September, and his novelization of The Dark Knight movie is on sale right now.