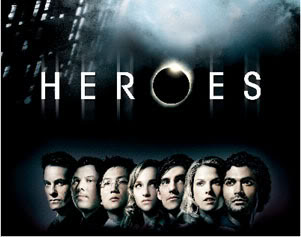 After a pretty unambiguously down second season, the NBC show Heroes is looking to get the magic back from its debut season that marked it as the network’s most important show.

In an interview with the New York Times, Heroes creator Tim Kring gave some insights into what’s to come, as well as reflecting back on what went wrong last year.

The scale tipped toward disappointment at the start of last season, as Mr. Kring acknowledged in an interview way back in November, just after production was abruptly cut off by the writers’ strike that shut down Hollywood. At that time he cited a list of early missteps, including introducing too many new characters, dabbling too much in romance and depositing one of the fans’ favorite characters, Hiro, in feudal Japan for too long. …

The new volume, which will run in 13 episodes, is called “Villains” and will focus on a single big story line, Mr. Kring said, relying almost totally on its core of main characters, and will return the show to exploring what he called “the primal questions” from Season 1: “Who am I? What is my purpose?”

The third season (volume, whatever) begins on Sept. 22.