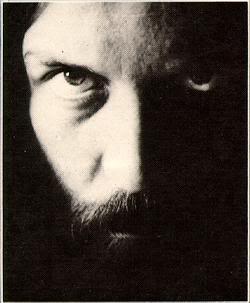 Alan Moore talks movies over at Entertainment Weekly, and — surprise, surprise — he remains not so thrilled about the adaptations of his work.

Here’s a particularly good exchange on his falling-out with DC:

Has Warner Bros. tried to contact you about Watchmen?
No, they’ve all been told not to. They get the message…. I don’t want anyone who works for DC comic books to contact me ever again, or I’ll change my number…. And I only started to get upset when I found out they [DC Comics] were trying to rob me of a couple thousand pounds. It was over the Watchmen merchandising back in the ’80s, and they kind of eventually said, Oh, yeah, I suppose you do deserve this money. But by that time the damage was done. The only reason I ended up working for them again, during the ABC period from ’99-’04, [was because] I had already signed the contracts. [Editor’s note: DC Comics President and Publisher Paul Levitz responds: ”We’ve had our disagreements with Alan over the years, but we remain great fans of his talent and would be happy to work with him in the future if he’s ever inclined.”]

It’s a massive interview, five pages, and covers an array of other topics as well film properties. Here’s some background on his upcoming League of Extraordinary Gentlemen: Century, which will be published next year by Top Shelf:

The first book surrounds the coronation of King George, which was also the time The Threepenny Opera was set, a comet was passing overhead, and there was a general feeling of dread in the air. We’re also focusing on the occult fictions written around the time…[like] Aleister Crowley’s [1917] book, Moonchild, where the protagonists are attempting to create a magically produced child that is going to usher in a new era. [Protagonist] Mina and her associates are trying to stop this from happening. The second book [revolves around] that sort of peculiar 1960s melding of pop-star psychedelic lifestyles, fashionable interest in occultism, and to some degree, at least in London, crime. We’ve got it all centered around a big rock concert at Hyde Park. Running all the way through this is the continuing threat of the production of a magical child who, by this time, we are fairly certain, is the Antichrist. That second book ends very badly. And they’re not having a lot of luck. The third part is set in 2008 when, basically, the League is in pieces — barely exists anymore — and this turns out to be the time at which the Antichrist project finally pays off, and this magical child finally manifests in quite a terrifying form.