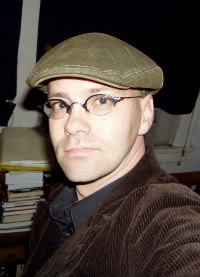 Good news for at least one of the staff members fired by Tokyopop in that publisher’s recent purge: Paul Morrissey has taken an unspecified editing role with Boom! Studios, according to a press release from Boom.

Morrissey was a senior editor at Tokyopop, working on books such as Fruit Baskets, Undertown and Pantheon High.

Boom sent out a redaction-laden note with the release, which was either a weird joke or just weird.

It’s been a busy little run for Boom, which also signed on Matt Gagnon as managing editor recently.