The Truth Behind the Death of Harry Horse 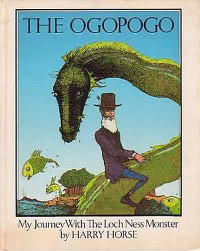 On Jan. 10, 2007, police found the bodies of Richard Horne, known as Harry Horse, the illustrator, and his wife, Mandy. Word came out that the two had taken their own lives as part of a suicide pact, made after Mandy began to suffer severely from multiple sclerosis.

It’s taken a year and a half for the full story to come out — that Richard brutally murdered his wife, then himself. The Times of London has a lengthy piece on the crime, and it’s a great piece of journalism, though a difficult read because of the ugliness of the incident.

If you do read the story, or the below excerpt, be prepared for graphic descriptions of violence. From the Times:

That evening, Harry and Mandy had their last visitors: two brothers from New Zealand. As relayed by Williamson, Harry was in a demented state, roaming the house and proclaiming: “It’s a wonderful night for a killing.” Mandy was distressed, and did not want the friends to leave. At 9.40 the next morning, January 10, the friends came back to retrieve an item of clothing. The front door was unlocked, so they pushed it open. Inside they saw the bodies of Harry and Mandy lying close together on Mandy’s bed. There was blood on the floor, windows and walls. Harry, so it proved, had butchered Mandy to death with a knife. By the medical examiner’s count, he had stabbed Mandy more than 30 times, fetching a second knife after breaking the first inside her. Then he turned the knife on himself, crisscrossing his arms with cuts and mutilating his genitals, 47 wounds in all. The death certificates record that both died of “exsanguination”: because he’d failed to deliver a lethal blow, both had bled to death. As a final token of horror, he also killed their dog, a chihuahua Mandy liked to cuddle, and their cat.