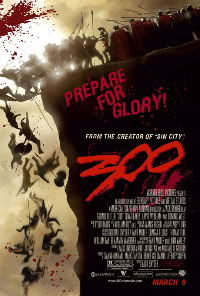 Those who got red in the face over the historical discrepancies of Frank Miller’s 300 and the massively successful film adaptation might have more to grumble about, as reports are airing that a sequel is in the works.

You might be thinking that almost all the 300 Spartans died at the graphic novel and film’s conclusion, and that such a lack of protagonists would be a major obstacle for a sequel. Apparently not, writes Cinema Blend.

This morning Variety is confirming news that probably won’t surprise anyone. 300, the graphic novel adaptation that cost virtually nothing to make but grossed over $200 million last spring, is getting a sequel. Well, probably. Legendary Pictures, which is also developing The Watchmen, is interested in the graphic novel Frank Miller is currently working on, which may be a prequel or some kind of spinoff.

300 director Zack Snyder, as he said to Collider.com last week, will probably be as much a part of it as Miller is. That is, if the graphic novel is any good, Snyder will be on board. It almost seems beside the point for a 300 sequel to exist, given how many parodies have cropped up since the movie became such an unexpected success. And, of course, there’s the issue of revisiting the same characters, given that — SPOILER ALERT — most of them died at the end of the first film.

At the very least, it can’t be worse than Meet the Spartans… Right?