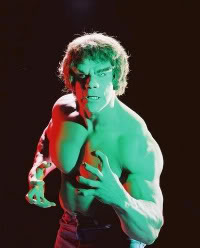 As part of its plan to take over the movie-watching world (or so I hear), Netflix has been increasing the numbers of movies and TV series offered online over its Watch Instantly system.

I had a bit of free time over the weekend to parse the offerings for fellow comic nerds/Netflix members to come up with a watch list (one note: you have to have Internet Explorer to use their viewer).

Not all are comics-related.