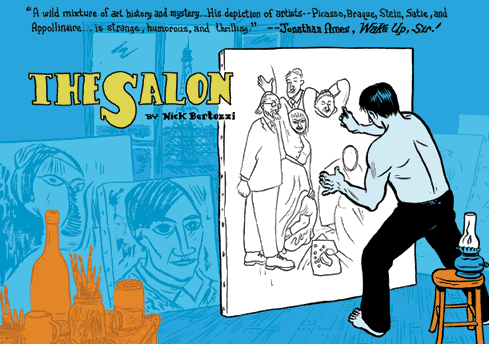 A few months back, retailer Gordon Lee escaped prosecution when a mistrial was declared in the case against him for distributing obscene material. Today comes word the case won’t be brought again.

The legal battle began in 2004 after an employee at Lee’s comic book store accidentally gave a minor a sampler book containing a scene of Nick Bertozzi’s The Salon, which included a naked Pablo Picasso.

The first trial against Lee, who was supported by the Comic Book Legal Defense Fund, was thrown out after the prosecuting attorney disobeyed the judge’s instructions. The Rome News-Tribune offers this on the latest development:

Patterson said the case was dismissed after the district attorney met with Lee’s counsel and decided that a measure other than prosecution could be taken in resolving the case.

“He did a written apology to the victims in the case,” said Patterson.