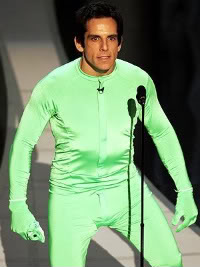 Reuters just reported that Ben Stiller’s production company, Red Hour, will partner with Dreamworks to produce a movie adaptation of the graphic novel The Return of King Doug.

I’m guessing many of you are thinking, "Wait, I’ve never heard of that book." And you probably haven’t, since it hasn’t been released. Once again, more evidence of the ridiculous popularity of comics properties in Hollywood right now.

The story says King Doug the graphic novel is set to come out some time next year. It’s so far off, in fact, that I can’t find any mention of it at publisher Oni Press’s Web site. The only description I can find of the project is that it’s a fantasy.

No word yet if Stiller will star. He’s currently working on a Night at the Museum sequel. Tropic Thunder, his next movie, comes out in August.