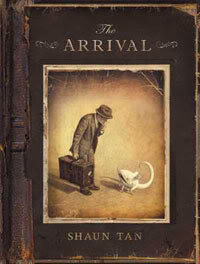 Jeff Vandermeer, the fantasy author and comic critic at Bookslut, caught up with all his fellow judges from the 2007 Eisner Awards and compiled a list of everyone’s favorite comics from 2007 (which are eligible for the 2008 Eisners).

The most consistent choices are The Magical Life of Long Tack Sam, Buffy the Vampire Slayer: Season Eight, The Trial of Colonel Sweeto, The Arrival and my personal favorite, Super Spy.

I don’t know what it says about me that my best of 2007 most closely mirrors that of Sime, the self-styled "Comic Pimp."

The judges for the 2008 Eisner Awards, which will be held July 25 at the San Diego Comic Con, have been named. To see that list or to nominate a book, go here.