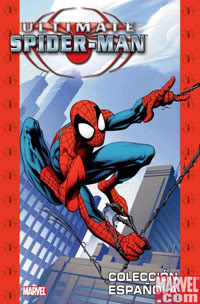 The collections, which retail for $29.99, include the first year’s worth of stories from each series, all redone in Spanish. This is just the latest effort by Marvel to make a play for Spanish-speaking readers, as in recent months the publisher released a special issue of the Fantastic Four in Spanish. Fantastic Four: Isla De La Muerte #1 was released in Spanish and English in January.

It’ll be interesting to hear if anyone tracks sales of those issues by language. Though publishers of all stripes are interested in tapping into the growing Hispanic population in the United States, such efforts are clearly in the early stages.