Religion in comics, the current version

Believe it or not, there’s other ways to use comics to reach the faithful than those little Jack Chick pamplets prostelytizers hand to you.

In the more traditional way, we have The Guardian Line, a line of comics put out by traditional comics pros like Michael Davis, Mike Baron, and Lovern Kindzierski. They have three titles so far with a fourth on the way, all intended for a young urban audience who are more comfortable with traditional action/adventure stories.

Then we have The Manga Bible, brought to us by British religious publisher Hodder & Stoughton. This is a manga adaptation of the TNIV Bible, itself an updated and current language version of the Bible. The Manga Bible only adapts the New Testament, but the Old Testament should be done by the end of the year. 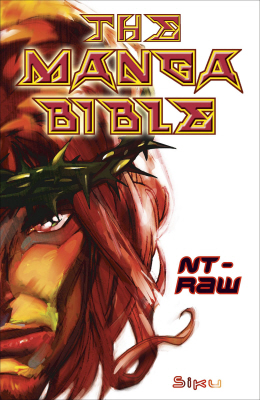 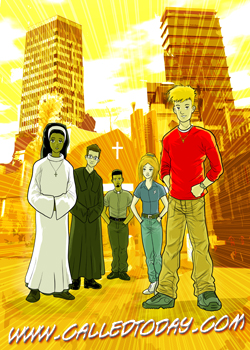 And finally, we go from traditional comics to manga to webcomics. Called Today is an online web presence from the National Office for Vocation which uses webcomics to help illustrate the myriad ways that people can follow a religious calling today.

Of course, we all know that Superman’s just one great big Christ metaphor, right?

Hat tip to Wired for the Manga Bible info.