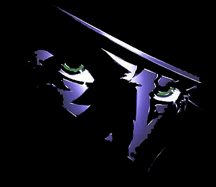 I had it easier than many comics writers. I began in the business as an assistant to Stan Lee in 1965, when Marvel was just completing its metamorphosis from obscure Timely Comics to publishing phenomenon, and Stan’s vision of what a comic book company could be was pretty much complete. Implicit in the writing part of the job was the requirement that I imitate Stan’s style – after all, Stan’s style was Marvel. That made the job simple: imitate Mr. Lee successfully and I was doing it right.

Of course, I bridled a bit at having to imitate anyone. After all, I was in my 20s and had been doing comics for about two days, and therefore, according to my lights, I was deeply wise and fully knowledgeable about…oh, name it, and don’t forget to include comics. As Bob Dylan sang, “I was so much older then, I’m younger than that now.” Now, in my sexagenarian salad days, I’m grateful for my Marvel initiation because everyone begins by imitating someone, and I didn’t have to seek a model or wait for the churning of the universe to provide one – I learned the trade by having to imitate the comic book scripter who was at that time, arguably, the best.

Here are a few words from a man who is well on his way to becoming my favorite mainstream writer: “Most artists are brought to their vocation when their own nascent gifts are awakened by the work of a master… Inspiration could be called inhaling the memory of an act never experienced.” Those observations are from a Harper’s Magazine piece by Jonathan Lethem titled “The Ecstasy of Influence,” which you can read on Harper’s website. They bring us, at last and via the long way around, to the subject of this installment of the arc (or miniseries, or series-within-a-series or whatever the hell it is) that began with what we called “Who Knows What Evil… Part 1.” Those of you who were kind enough to read the earlier installments may remember that I suggested that the creators of Batman may have been…well, call it “intensely aware” of The Shadow and other popular culture creations.

Let’s assume that they were. Did that make them wicked, weaselly thieves? No, no, and again, no. Remember: everyone begins by imitating someone. As Anthony Tollin said in a phone conversation, those early comics guys (who were barely out of adolescence and in the process of inventing a medium) had no one to emulate except authors from other forms and the newspaper strip fraternity. Since they were generally not from society’s loftier precincts, with ready access to elitist amusements, their entertainment was comic strips, movies, the pulps, and maybe radio, and it was natural – inevitable? – that they’d seek inspiration in those media. Where else?

Jonathan Lethem persuasively argues that exchange of ideas and techniques, whether acknowledged or not, is a natural, inevitable, and perhaps endangered part of creativity. He writes: “Thomas Jefferson considered copyright a necessary evil… (he) favored providing just enough incentive to create, nothing more… But Jefferson’s vision… has in fact been steadily eroded by those who view colure as a market in which everything should be owned by someone or other. The distinctive feature of modern American copyright law is its almost limitless bloating – its expansion in both scope and duration.” He further argues that those who distribute work, rather than those who originate it, are those who profit most from the odd notion of intellectual property.

As for me…hey, anyone who wants to rip off this column – thanks for the flattery.

RECOMMENDED READING: The Ecstasy Of Influence: A Plagiarism, by Jonathan Lethem. http://www.harpers.org/archive/2007/02/0081387

Batman, The Question, Iron Man, Green Lantern and/or Green Arrow, and The Shadow, as well as all kinds of novels, stories and articles.