Because you demanded it, True Believer! 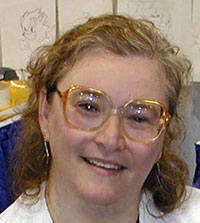 The fan mentality is often a wonder to behold. It’s a constant double-edged sword. On the one hand, you have a passion for the subject matter that often knows no bounds. On the other, you often find a complete disregard for the minds behind the creation of that subject matter.

Never is this more apparent than with comic book readers, and particularly those readers who decide to review the books. With other forms of entertainment, it’s all but impossible to ignore the performers. You couldn’t discuss Buffy without mentioning the actors or Joss Whedon. It’s difficult to review a Harry Potter book without acknowledging that it’s all from the mind of JK Rowling (or a Harry Potter movie that doesn’t talk about Daniel Radcliffe & co.). So why do so many comic book reviewers have no compunction whatsoever about going on at length about the storylines and characters while completely ignoring that these fictional entities have no independent existence outside of the writers and artists who create them?

The only other fan-centric entertainment in which this seems to happen is soap operas.  There are lots of magazines and websites dedicated to catching people up on intricate soap opera plots without those synopses once mentioning the names of the actors playing the characters, or the writers who think up those plots.  Nonetheless, I believe that, in the back of their minds, most soap opera viewers understand that Alicia Minshew the real-life actor is not actually the same thing as Kendall the character on All My Children.

Heck, when I was 15 years old I got it that David Cassidy did not equal Keith Partridge, it wasn’t exactly a groundbreaking thought.  Okay granted, that information was apparently too much for some of the other girls to deal with and as I recall it got me kicked out of at least two Cassidy fan clubs, but that’s life in the unreal world of teen idols.

Not that the world of comics is any more real, but shouldn’t it be?  Nowadays you see actual comics creators everywhere, online and at conventions and in so many places that it’s a matter of willfully putting on blinders for a thinking adult not to allow that the fictional characters they love (and hate) are written and drawn by real people.  And to keep jamming on those blinders whilst reviewing the work would seem to be a disservice not only to the real people who put in tons of time creating something for you to talk about and enjoy, but to the real people reading what you have to say.  It’s all well and good to immerse yourself in a world, but to do so without admitting that it’s all a flight of fancy that wouldn’t be possible without certain talents?  That’s just strange to me.

But many fans are stubborn in their sense of entitlement, in their insistence that it’s more important to fully inhabit a fictional world than to give the tiniest nod to the people who made that world possible.  One excuse given is that comics’ collaborative nature can make it difficult to figure out who does what, but that’s why the credit box was invented.  Almost every comic book has one.  In fact, all the Big Two comics have the primary creators’ names (writers and artists) emblazoned on the cover.  Credit pages and covers don’t fly by the way TV or movie credits might, but are forever static and available as a resource.

It’s certainly a reviewer’s prerogative to ignore the producers of wonder in favor of the product itself.  Goodness knows I’ve seen enough reviewers only discuss the written aspect of comics while completely dismissing the visual, and I understand that among the reasons for this choice are the reviewers’ background (usually a word-based one) and unfamiliarity of the terminology used to describe “reading” art.  And it’s easier to plead ignorance if you also plead indifference.  If the artist doesn’t matter, you don’t have to educate yourself about half the reason for the comic’s existence.  If the writer doesn’t matter, you don’t have to educate yourself at all.

But I’ve seen this mentality taken to its extreme, which saddens me as much as that of the soap opera audience which “tend to believe in a character so much that they believe the actor is the character.” To me, that’s crossing the line from fandom into a sort of pathology, and people like that tend to be easily manipulated, for good or ill.  It’s the sort of thing that Stan Lee jokingly played off with his “True Believer!” references, promising that everything Marvel did in his day was done Because You Demanded It — a pleasant charade which continues to this day at the Big Two.  And it has a kernel of truth.  The bottom line for comics, as with most entertainment product, is sales.  Advertisers pay lots of money to reach viewers hooked on soaps.  Work-for-hire freelancers want to please those with whom they contract, the comic book companies (represented by their editors).  In turn, comics companies want to please (and profit from) their customers, the retailers, who in turn want to please (and profit from) their customers, the end-users…the actual readers… You, the True Believers.  So maintaining the fiction that there’s a direct monetary and communications line between fan and creator is in everyone’s best interest.  And the ‘net facilitates that idea and expands the kernel of truth until it sometimes pops into reality.  When your online voice is directly read by writers and artists, it will certainly influence them more than if they’re creating in a vacuum.  Most creators value the feedback, that’s one reason so many of them enjoy attending conventions as well.

But when all is said and done, the writer will still sit alone at his or her computer, and the artist at his or her drawing board, and strive to please self and editor first, and the end-user who’s way down the chain of command may or may not enter into it, depending on how committed that creator is to the art of storytelling and how much it does or doesn’t conflict with the necessity of making a living.  And every time that end-user buys into the fictional world that creator helps maintain without acknowledging the creator’s role in it, that’s one more strike against the point of storytelling, to forge a bond between teller and listener, two real people using tales as a way of making sense of the world around them and expanding their imaginations.  And dismissing creators’ existence so facilely is one more reason for those creators to not pay attention to readers’ desires.  Besides which, not giving credit where due not only does disservice to the creators, and to your readers, but to you, because you’ll forever miss out on the absolute joy of having known people like Kim Yale, of finding flesh-and-blood heroes right there beside you.  And the true magic is lost, and the reader may as well be telling stories to him or herself for all it matters.  Because at the point where you can’t acknowledge the storytellers that bring you the fiction you love — well, at that point you’ll buy anything.

Elayne Riggs is the creator of the popular blog Pen-Elayne on the Web. She was a founding member of Friends of Lulu, an organization dedicated to increasing the involvement of girls and women in comics, as readers and creators. She is married to inker Robin Riggs, with whom she shares two cats, and has odd love/hate relationship with Hillary Clinton.