NYCC — The Stan and Jeff shows 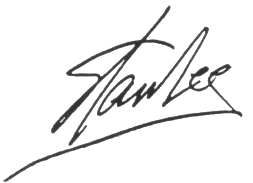 The marquee event on Friday night was “Stan Lee: An American Icon,” an event that did not go off without a couple of hitches.

There was a total lack of security at the event. When Lee arrived he came in through the crowd and took the stage. As anticipated the room exploded in flashbulbs when Lee took the stage. People started working their way to the front to get a clearer shot and soon there was a crowd five or six people deep around the stage. There was no one from the convention security there to disperse this crowd and it took five minutes for volunteers to arrive and disperse the crowd. Lee was totally unprotected.

There was also a change in programming. Roy Thomas, the scheduled host of the event, was absent and replaced by Joe Quesada. This likely changed the content of the interview as there was quite a bit of the DC bashing that Quesada is known for.

Lee started the interview by admonishing the crowd, joking with Quesada, “I don’t know why these people are here, they know more about us than we know about ourselves.”

The “Jeff Smith Spotlight” offered some encouragement for the future of comics as well over half of the people there were children and their parents who knew Smith’s Bone from it’s publication by Scholastic. They also took command during the Q&A portion of the panel asking the majority of questions of Smith about the series and it’s characters. Smith is hosting a reading of Bone for children on Sunday.